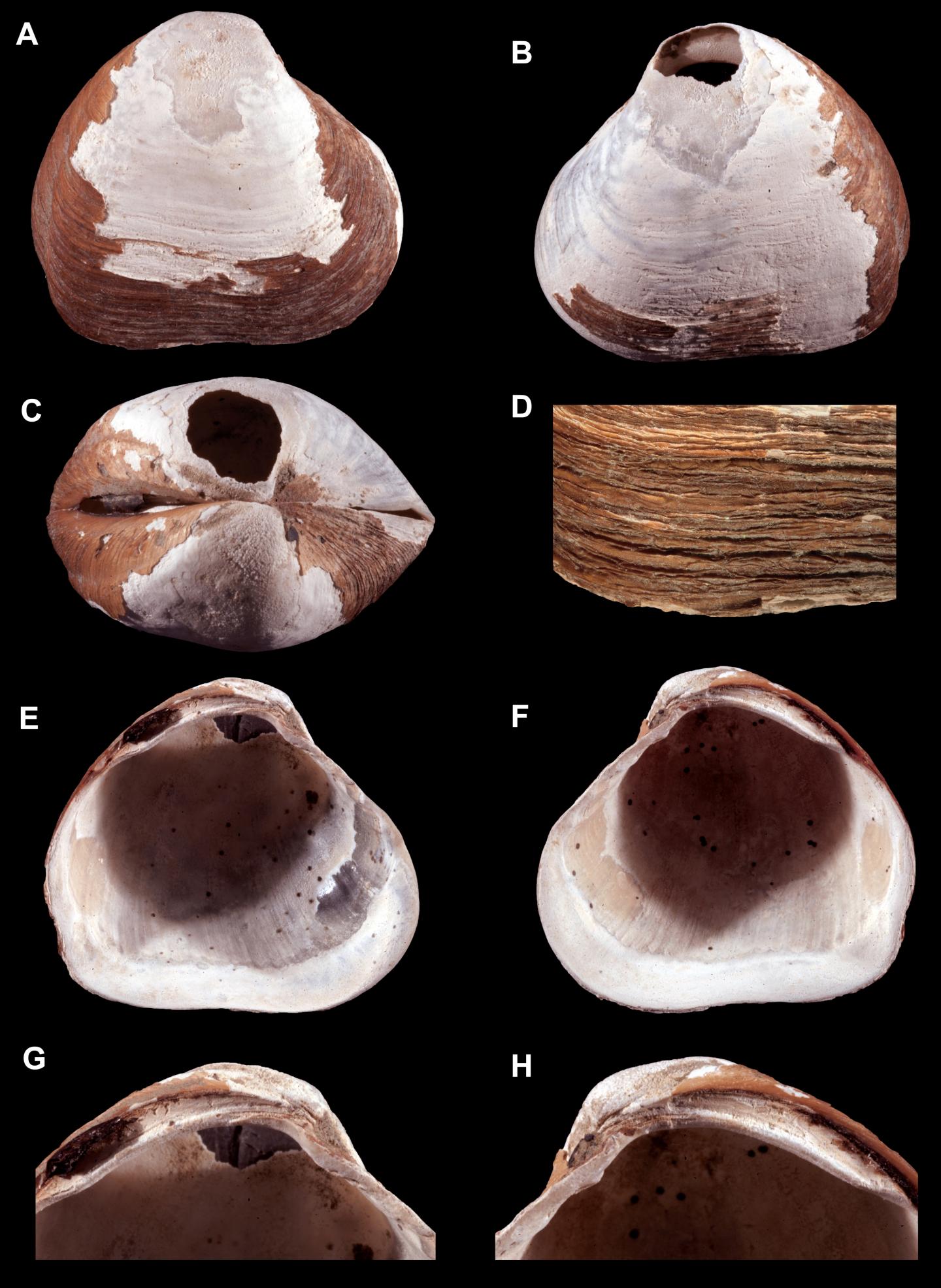 In the depths of the Arctic Ocean, buried deep in the sediment, an ancient creature waited for over a million years to be discovered. Paul Valentich-Scott, from the Santa Barbara Museum of Natural History (California), and three scientists from the United States Geological Survey (USGS, Menlo Park, California), Charles L. Powell, Brian D. Edwards, and Thomas D. Lorenson were up to the challenge. Each with different expertise, they were able to collect, analyze, and identify a new genus and new species of bivalve mollusk.

The path to discovery is seldom simple or easy. This discovery is no exception. Brian Edwards was the chief scientist on a joint US-Canadian ice breaker expedition aboard the US Coast Guard Cutter Healy in the summer of 2010. The primary purpose of the expedition was to map the Arctic seafloor and the sediments beneath. Dr. Edwards took deep sediment core samples to further understand the geology of the region including the unusual seafloor mound where these samples were collected. In several of these cores he uncovered bivalve seashells buried nearly 15 feet (4.5 m) below the seafloor surface.

Upon returning to his USGS laboratory in Menlo Park, California, Brian worked with Tom Lorenson on sampling the cores and extracting the shells. The recovered shells were then taken to USGS paleontologist Chuck Powell, for identification. While Chuck was able to ascertain the higher level classification of the clam shells (Family Thyasiridae), he was unable to determine the genus or species. Chuck contacted Paul Valentich-Scott, a clam specialist from the Santa Barbara Museum of Natural History in California.

When examining these ancient shell specimens, Paul was fairly certain that they were new to science. The hunt to validate the potential new species was on. Paul contacted a number of thyasirid bivalve specialists around the world and all gave it a thumbs up as a new species. Further, several scientists felt it also might be a new genus (the level above species).

‘It is always exciting when you are the first person to be looking at a new creature’ declared Valentich-Scott. ‘While I have been fortunate to discover and describe many new species in my career, it is always exhilarating at the outset.’

Then the painstaking work began. Paul contacted museums around the globe and requested to borrow specimens that were potentially related to the new species. While he found many species that shared some characteristics, none matched the new Arctic specimens.

The four scientists have been writing up their findings for the past two years and now the work has been published in the international science journal ZooKeys.

The new genus and species is named after two individuals. The genus is named in honor of Dr. Thomas R. Waller a prominent paleontologist at the Smithsonian Institution. The suffix “concha” meaning shell, is combined to create the name Wallerconcha. The new species is named after Sara Powell the daughter of co-author Chuck Powell. Chuck was quick to mention “I want to name new species after all of my children.”

While many of the specimens collected were definitely fossils, the scientists can’t discount the new animal might still be alive today. One of the team members, Tom Lorenson, summarized it this way ‘The likely collection of living specimens of this species awaits expeditions to come.’ Who knows what other new creatures might be found in those expeditions?