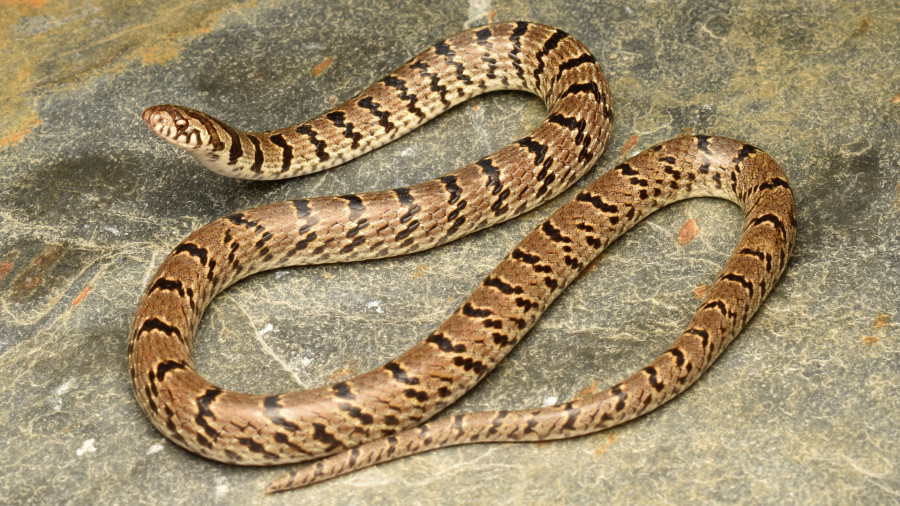 Guest blog post by Henrik Bringsøe Our observations on the quite small-bodied Asian kukri snakes in Thailand have documented a feeding behaviour which differs from anything ever described in snakes.  Normally, snakes would swallow their prey whole. However, this particular species: the Small-banded Kukri Snake (Oligodon fasciolatus), would instead use its enlarged posterior maxillary teeth […]

Originally published by North Carolina Museum of Natural Sciences A new species of bent-toed gecko (Cyrtodactylus phnomchiensis) has been described from Cambodia’s Prey Lang Wildlife Sanctuary by Wild Earth Allies Biologist Thy Neang in collaboration with North Carolina Museum of Natural Sciences‘ Herpetologist Bryan Stuart. This new species is described in ZooKeys. The species was discovered […]