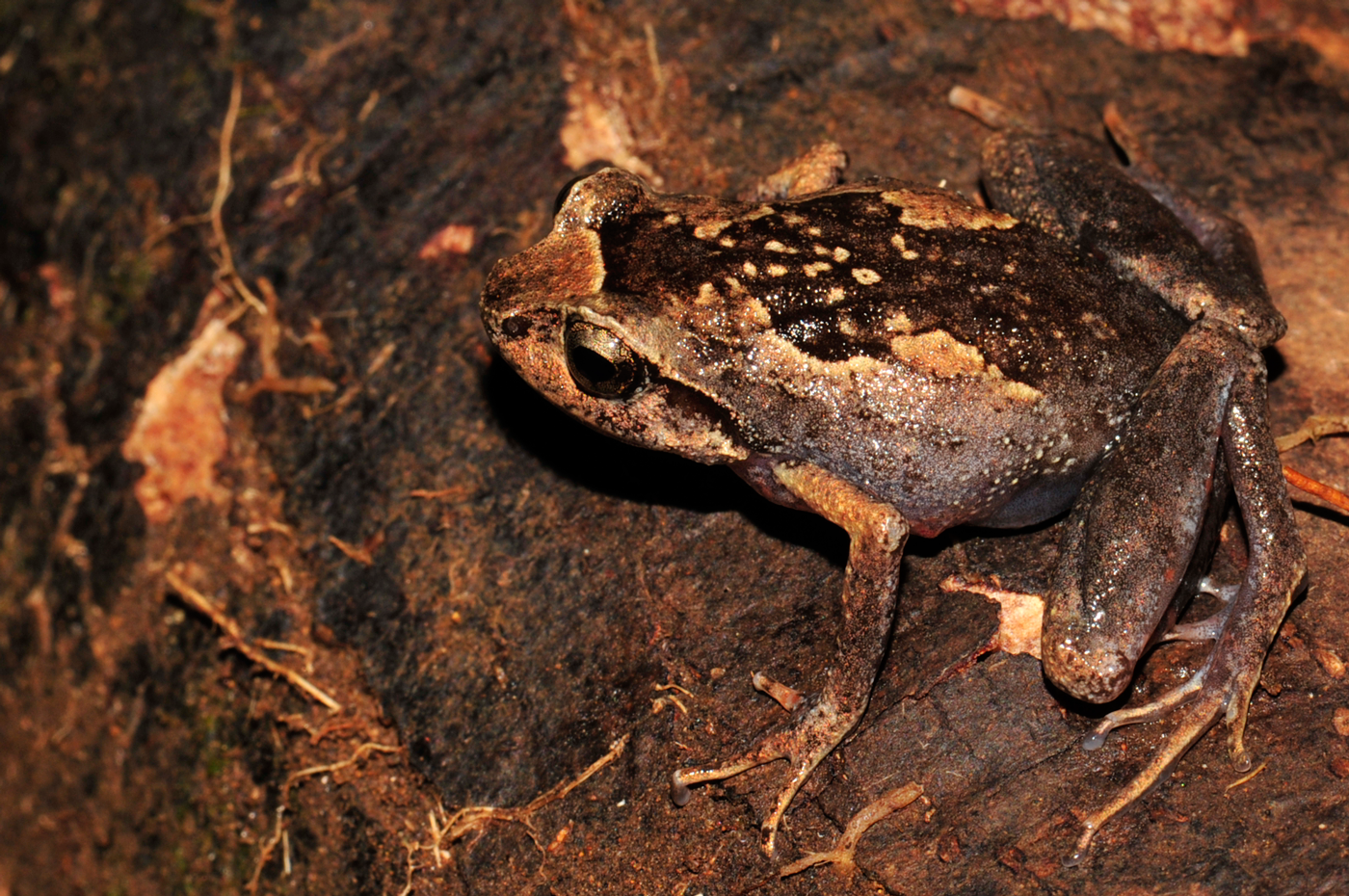 Meet the long-legged diamond frog, Rhombophryne longicrus, the newest species to increase the count of Madagascan amphibians once again. Like the rest of the diamond frogs, it is small and brown, but it is also very different.

Characterised by its unusually long slender legs, which are also the reason behind its name, the new species is unable to burrow its way through the ground like most of its relatives do. However, it makes it up with its longer leaps.

Unfortunately, the newly found diamond frog is likely at a risk of extinction. Lead-author Mark D. Scherz, a researcher at the Bavarian State Collection of Zoology, and his team preliminary assessed the R. longicrus frog to be Endangered in their present research, published in the open-access journal Zoosystematics and Evolution.

Little is known about the diamond frogs. However, one thing that has been found to apply to almost all of them is that they are burrowers. This is why they usually have short limbs, round bodies, and large, hard projections on their hands and feet, called ‘tubercles’ that help them dig. The long-legged frog described here, on the other hand, seemed unfit for this lifestyle, so the international research team looked closely into its skeleton with micro-CT scanning, producing 3D reconstructed X-ray models.

Thus, the scientists discovered that not only were the frog’s legs longer, but there was also a subtle difference to its hip, which sets it apart from its relatives. Only the minute diamond frog, R. minuta, shares the morphology of R. longicrus save its size. A genetic analyses also showed the two are closely related.

Found in Sorata, a massif in northern Madagascar, which is yet to be put under protection, the long-legged diamond frog is thought by its discoverers to be a microendemic due to its distinctiveness. If this is the case, the long-legged diamond frog could turn out to be at great risk due to the ongoing uninhibited deforestation and forest degradation in the area. They research team suggest that more surveys on the species’ full distribution ought to be made.

With over 4% of the planet’s named frog species, Madagascar is one of the most incredible amphibian hotspots in the world. Earlier this year, the number of newly found frog species surpassed three hundred and it does not look like it is going to stop its growth any time soon. While some of the species yet to be described look just like their closest relatives (so-called “cryptic” species), others, like the long-legged diamond frog, are spectacularly different.