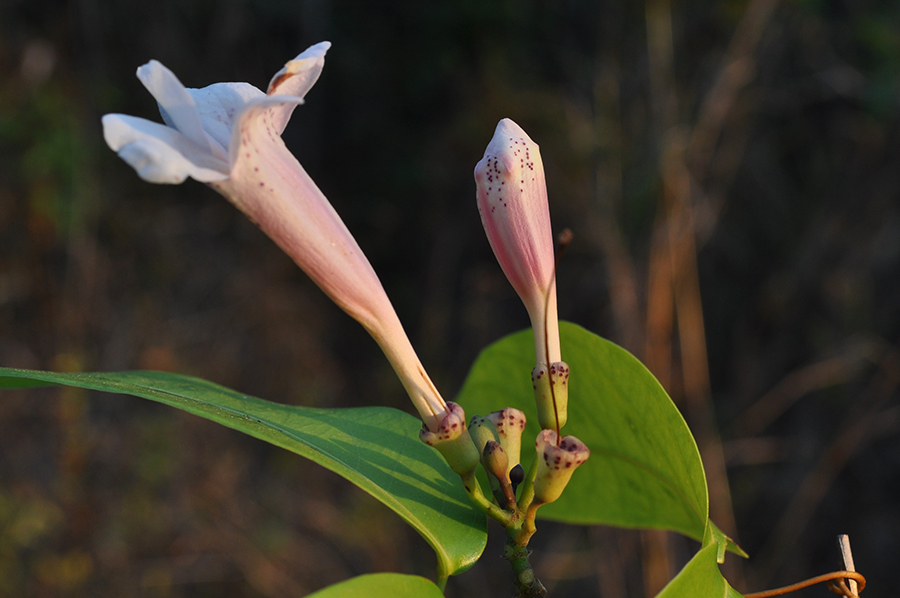 While untangling the complex taxonomy of Neotropical liana genus Pachyptera, scientists Ms. Jéssica Nayara Carvalho Francisco and Dr. Lúcia Garcez Lohmann from the University of São Paulo used integrative taxonomy to help them recognize five well-defined species, one of which newly described from Colombia and Venezuela. The monograph study was published in the open access journal PhytoKeys.

How do you separate one species from another? Having remained a major challenge in biology as a whole, species delimitation becomes a rather daunting task when it comes to tropical plant groups, where insights on biology, morphology and distribution are often scarce.

For Francisco and Lohmann it took three field expeditions to different states of the Brazilian Amazon, combined with deep morphological and molecular studies, to set straight uncertainties in the complex taxonomic history of Pachyptera lianas.

“We used an integrative approach, which means we combined data from different sources to further understand the taxonomy, evolutionary history and biogeography of Amazonian lianas,” explains Ms. Jéssica Francisco. “We also used different analytical approaches to clearly delimit species and further understand their origin, evolution and diversification history,” she says.

For the authors, the results from this multi-approach effort amounted to recognizing five well-delimited species in the genus, while also describing a previously undiscovered species.

“Pachyptera linearis was discovered thanks to existing materials from herbarium collections, emphasizing the value of collections for the identification of new species. The molecular dataset was also essential to confirm this discovery”, says Ms. Jéssica Francisco.