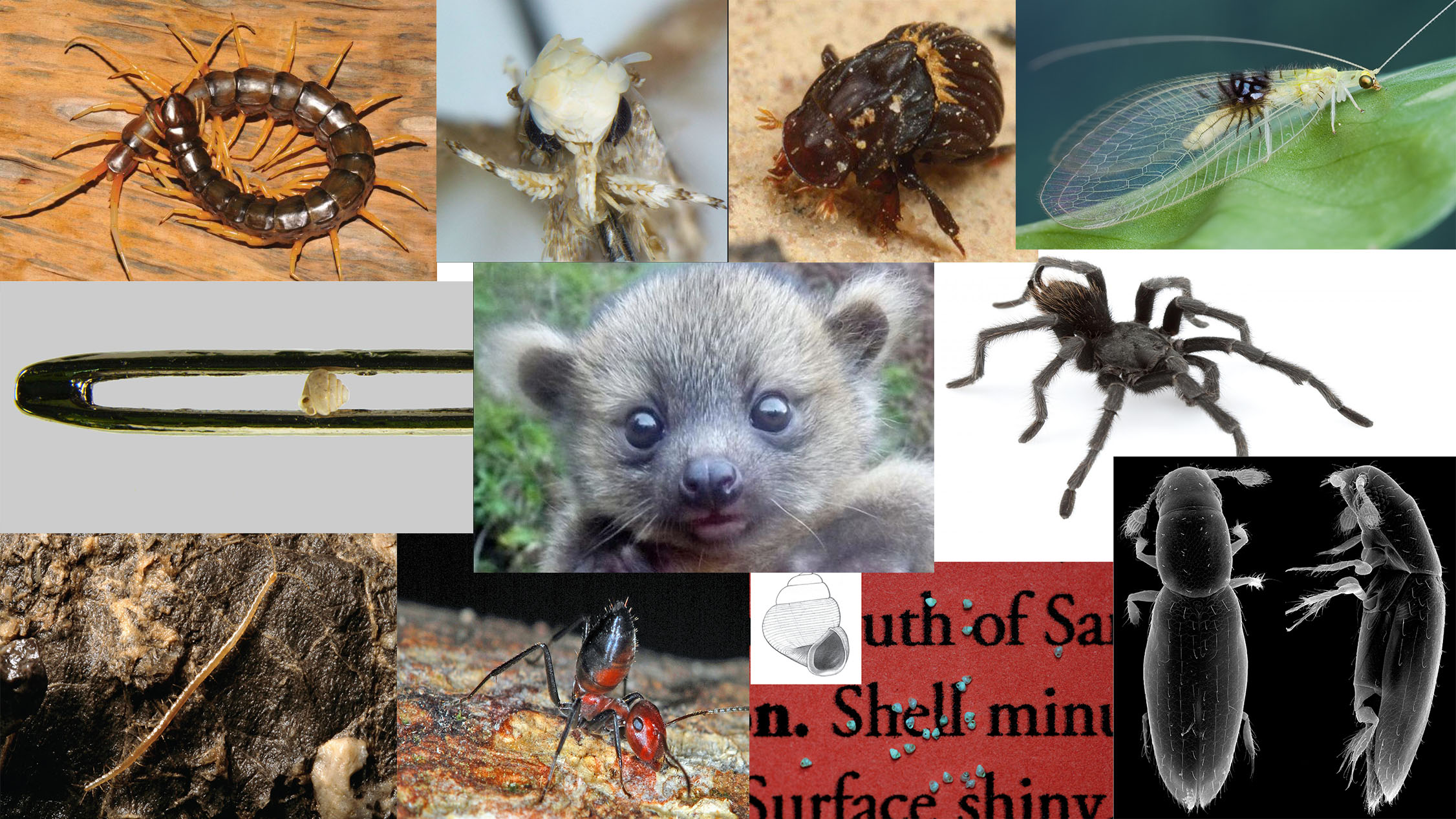 So here we are, 10 years from that very first issue of ours published on a very special date – the 4th of July – and the result of a seemingly ordinary breakfast conversation between two respected entomologists, Prof Lyubomir Penev and Dr Terry Erwin, during the Entomological Society of America meeting in San Diego, USA, seven months earlier.

Then and there, under the California sun, an idea about a brand new taxonomic journal meant to revolutionise the scholarly publishing in zoology – in terms of both openness and technological innovation, was born. The rest, like they say, is history.

Ten years in, we stand as the most prolific open-access journal in zoology with a total of 4,103 published articles, 45 newly described animal families, 650 genera and 8977 species, authored by a total of 5,720 researchers coming from 131 different countries. We also take pride in having set an excellent example for the rest of the academic titles in Pensoft’s already extensive portfolio of open access journals.

Also, check out our press announcement for a quick sum-up.

In the present blog post, we’ll take the opportunity to look back on ZooKeys’ top appearances on ‘the big scene’, because we believe it’s nothing but our shared fondness and homage to the kingdom of animals which has brought us here. Most importantly, it’s also the key to getting to know, save and protect our planet’s priceless biodiversity.

Here are some cool displays of ZooKeys-inspired zoo-affection to remember:

Remember the lacewing “starlet” (Semachrysa jade) with a “portfolio on Flickr”, as worded by news editor Catharine Smith in her piece in Huffington Post?

The Hollywood-worthy beauty from the photos turned the heads of professional taxonomists in such a way that, with the help of citizen scientists, the team of  Dr Shaun Winterton, California Department of Food & Agriculture tracked down the insect all the way to Sabah, Malaysia, to subsequently describe it as a species new to science in 2012.

In another insect love story, the Cupid beetle (Termitotrox cupido, also described in ZooKeys) found its match from our pages, when, three years later, its discoverer Dr Munetoshi Maruyama, The Kyushu University Museum, teamed up with Showtaro Kakizoe, Kyushu University to discover a new species of its very genus and give it the name Termitotrox venus.

Further, our own Twitter data from earlier this year suggests that the flightless beetles from Cambodia make a nice greeting card for Valentine’s Day!

#HappyValentinesDay to everyone!
How about the scarab #beetle species named after love goddess Venus after researchers placed it in the so far monotypic genus Termitotrox to partner T. cupid? ?
Find more via @Pensoft's blog at: https://t.co/kLpF8hVnxc #Coleoptera #ValentinesDay pic.twitter.com/XEIhOmIPLU

What’s not to love about fluffy mammals?

Beyond all our furriest dreams, in a world where everybody thought humans have found every single animal they’d like to add on their ‘To-pet’ wishlists, the smaller and, to be honest, cuter sibling of the tree-dwelling olingos had remained undercover up until 2013, when Prof. Kristofer M. Helgen of the Smithsonian’s National Museum of Natural History, and his team described the species Bassaricyon neblina, better known as the Olinguito.

This is a baby Olinguito, a new carnivorous mammal discovered in Colombia this year. pic.twitter.com/45oJNfJVkM

Surprise, surprise: as a result, there’s now a special World Olinguito Day (look up #WorldOlinguitoDay on Twitter), which the world we’ll be celebrating for the fifth time around next month, on 15th of August.

A bit less cuddly is the next spectacular species, which is also a first for science.

While centipedes can be found at various habitats, ranging from rainforests to deserts and pitch-black caves, Scolopendra cataracta still manages to impress with its unique taste for… water, as well as its giant size of up to 20 cm in length.

In fact, the species, described by the team of Dr Warut Siriwut, Chulalongkorn University, is the very first known amphibious centipede.

Moreover, it swims “powerfully like an eel,” George Beccaloni, who spotted the striking arthropod during his honeymoon in Thailand in 2001, told National Geographic.

“Nah, they’re just big teddy bears,” smiles tarantula expert Dr Chris Hamilton, when the Sky News’ presenter asks him whether his latest discovery is in any way dangerous, after seeing her interviewee drop the black spider on camera, during their LIVE Skype chat.

The reason why the “laid back” tarantula, described as Aphonopelma johnnycashi got all that attention, however, was the undeniable and all too curious similarities between the arachnid and its famous namesake, the singer-songwriter Johnny Cash.

The Johnny Cash tarantula happened to be discovered in California, precisely near Folsom Prison – the place from Cash’s famous song “Folsom Prison Blues”. Further, the all-black males of the species are reminiscent of the singer’s nickname – ‘The Man in Black’.

At one hand, rupturing one own’s body apart in what could be best described as ‘an explosion’, so that a toxic liquid is shot into the enemy when confronted, might sound as a vicious act of violence.

However, in social insects like the ants, and, more specifically, in a species of the so-called ‘exploding ants’, aptly named Colobopsis explodens, this is merely the way the minor worker caste of infertile females contributes to its colony when its survival is at stake.

Despite happening in the blink of an eye, the self-sacrificial act was documented on video available from BBC News, where the study’s lead author Alice Laciny, Natural History Museum of Vienna, gives further insight into the curious species from Borneo.

Did you see the video? No wonder it got everyone fascinated (including kids such as this young charming lady here!) enough to have the hashtag #ExplodingAnts become a thing on Twitter.

To protect threatened with extinction species, we first need to learn about their existence. We’ve been hearing this a lot.

However, it’s easy to think of the fluffy olinguito if you happen to be someone responsible for the conservation of the montane rainforest of the Colombian and Ecuadorian Andes, for example.

But how do you draw the attention of the public and policy makers to a tiny and rarely seen species of moth living in a limited and highly populated and disturbed patch of land shared between the states of California, USA, and Baja California, Mexico?

Simply name it after the US President-to-be, is what entomologist Dr. Vazrick Nazari must’ve thought while deciding on the name of his lepidopteran discovery, going by the name of Neopalpa donaldtrumpi.

“It inhabits endangered dune habitats – very fragile – and should be protected, the kind of motivation I needed to name it after Trump,” the scientist tells BBC Radio 5.

As a final for our special anniversarial blog post, we’ve kept a few record-breakers. Who doesn’t love to be in first place, after all?

Fitting about 10 times within the eye of a needle, the 0.86-millimetre Angustopila dominikae, known from China, became the world’s smallest land snail species when Dr Barna Páll-Gergely, Shinshu University, published it in ZooKeys on 28th September, 2015.

Yet, its fame wasn’t meant to last.

It took only about a month for Acmella nana to steal the spotlight thanks to its even tiniest measures of 0.70 mm. The Malaysian species was described in ZooKeys by Prof Dr Menno Schilthuizen, Naturalis Biodiversity Center, and his team in addition to other 47 species, including endemic snails known from single localities, on 2nd November, 2015.

As if themed “The Year of the Smallest”, it was also at the end of 2015 when the smallest known free-living insect, called Scydosella musawasensis, was published with ZooKeys.

To describe the 0.325-millimetre species, discoverer Dr. Alexey Polilov, Lomonosov Moscow State University, had to leave behind the preserved specimens and collect new material from the Chicaque National Park, Colombia, and, then, use a specialised software and digital micrographs to provide the exact measures.

Fortunately, the world-record setters didn’t abandon ZooKeys with the conclusion of 2015.

In early 2016, we published the deepest-dwelling centipede, Geophilus hadesi, discovered in Croatia by the team of our Managing editor, Prof Pavel Stoev.

Living at depths of 1,100 metres below the ground, the multi-legged creature surely lives up to its name inspired by the Greek god of the Underworld, Hades.

The species also comes as a nice complement to another cave-dweller of the same genus – Geophilus persephones, which carries the name of the mythological god’s wife, Persephone.

Did we overlook your own most beloved ZooKeys-published species? We’ll be happy for you to let us know about it in the Comments section below, Twitter (@ZooKeys_Journal) or Facebook (@ZooKeysJournal).