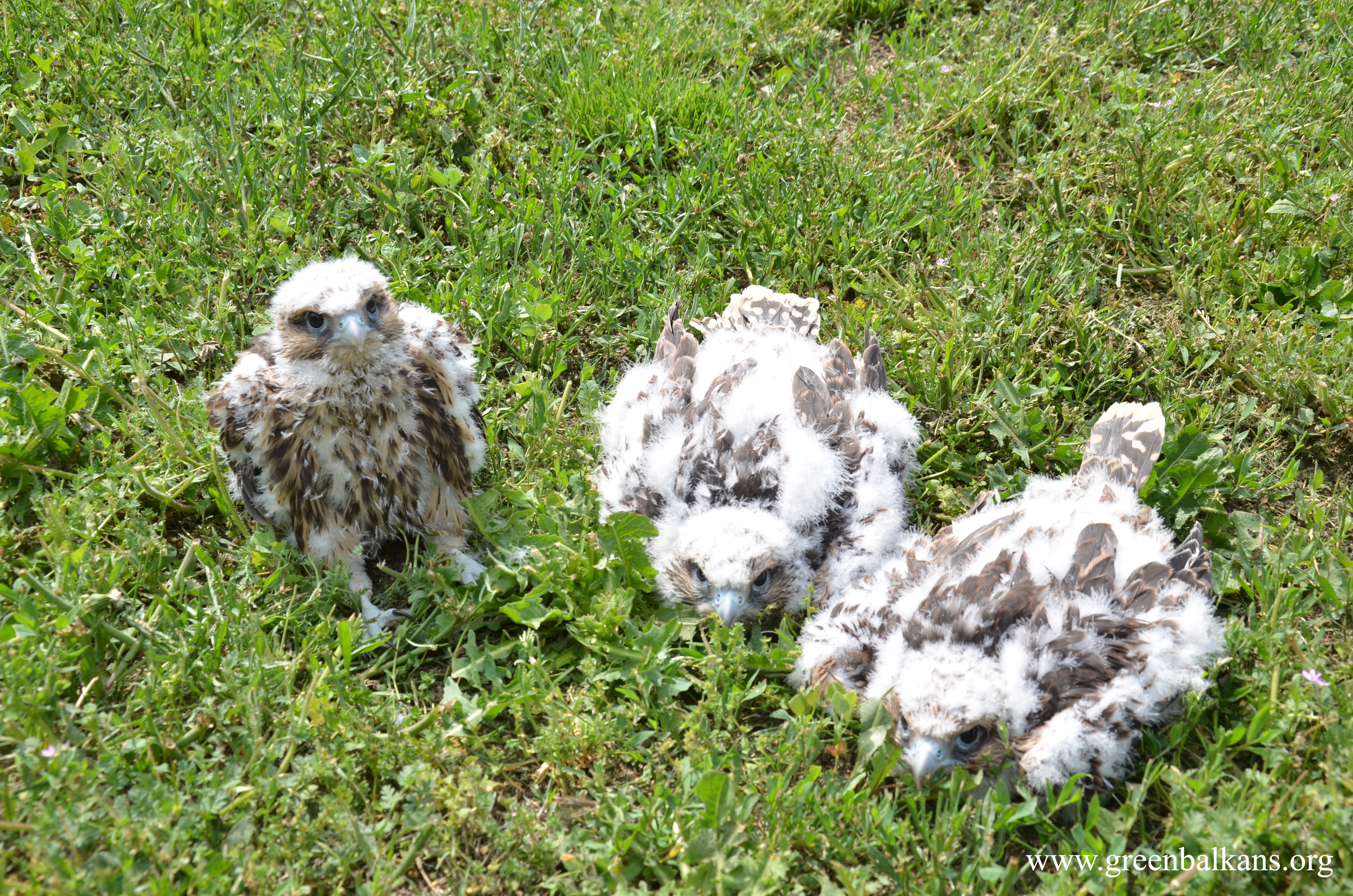 The Saker Falcon (Falco cherrug) is a bird of prey living in plains and forest-steppes in the West and semi-desert montane plateaus and cliffs in the East. The majority of its Central and Eastern European population is migratory and spends winters in the Mediterranean, the Near East and East Africa. With its global population estimated at 6,100-14,900 breeding pairs, the species is considered endangered according to the IUCN Red List.

In Bulgaria, the Saker Falcon, considered extinct as a breeding species since the early 2000s, was recovered in 2018 with the discovery of the first active nest from its new history in Bulgaria. The nest is built by two birds that were reintroduced back in 2015 as part of the first ever Saker Falcon reintroduction programme. The results of the 5-year programme are described in detail in the open-access, peer-reviewed Biodiversity Data Journal.

Many factors contributed to the decline of the Saker Falcon in Bulgaria and globally, and most of them are human-caused. Populations lost big parts of their habitat due to changes in land use – the transition from grazing to arable crops led to the diminishing of key food sources. Other reasons include the use of poisonous baits and the accumulation of pesticides in the food chain, illegal trade of nest-poached chicks and eggs, power line electrocution, and lack of suitable nesting places.

Even after European legislation for the protection of wildlife was implemented, and regulations were issued on the use of pesticides in Bulgaria, the Saker Falcon population did not stabilise. Its endangered status further prompted joint conservation efforts between NGOs and national authorities.

As a result, a re-introduction programme for the Saker Falcon in Bulgaria was initiated in 2015, aiming to release a number of birds over a certain period of time using adaptation aviaries, or hacks. The Green Balkans Wildlife Rehabilitation and Breeding Centre (WRBC) in Stara Zagora facilitated the captive breeding of a group of Saker Falcons imported from Austria, Hungary, Germany, Slovakia and Poland by constructing ten breeding aviaries and two stock cages for juvenile falcons and equipping them with internal surveillance cameras.

Between 2015 and 2020, a total of 80 Saker Falcons – 27 females and 53 males, were released via the hacking method from four aviaries near the town of Stara Zagora. Out of them, 64 had been bred and hatched at the WRBC.

Observation records from 2018 confirmed that at least one pair of the falcons released in 2015 was currently breeding in the wild in Bulgaria. This observation proves that with the help of hacking, Sakers can survive in the wild until maturity, return to the region of their release and breed successfully. In 2020, the female bird in the breeding pair was changed with a Saker Falcon released in 2016, and the new pair bred successfully.

In 2020, the programme was restarted for another 5 years, with the aim to release 100 Saker Falcons and have six pairs breeding in the wild. This will help restore the Saker Falcon population in the southern Balkans and facilitate gene flow amongst fragmented populations from Central Europe to Kazakhstan.

Helping this iconic species successfully establish a self-sustaining population in Bulgaria has profound implications for conservation in the country – not only in terms of public awareness of species conservation, but also as an indicator of wider environmental issues.