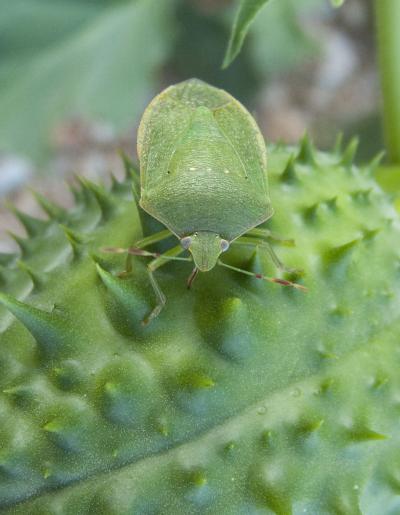 Modern digital macro photographic equipment allows everybody to shoot marvellous pictures of very small-sized living organisms, including insects. Easy access to the internet facilitates allows the daily upload of thousands of high quality insect pictures to photo sharing websites. This new phenomenon can be considered a democratic revolution in the study of biodiversity. Insect macro-photographs may be useful to illustrate online visual guides and identification keys , such as the BugGuide and Canadian Journal of Arthropod identification, or complement specialized biodiversity web resources, such as the Encyclopaedia of Life.

Photographs labelled with at least date and shooting site are scientifically more valuable, and may therefore contribute to insect biology and taxonomy, biodiversity catalogues, or species conservation. Images uploaded in the Spanish internet photosharing website “Biodiversidad Virtual” , for example, provided the first Iberian record of an American native assassin bug species (Zelus renardii). Similarly, confirmation of an endangered Iberian endemic plant-bug (Parahypsitylus nevadensis) came through such images fifty years after its description. Photo sharing websites also were the source of specimens for the description of a plant-lice species new to science (Schizaphis piricola).

Well-structured photosharing websites allow users to exploit the benefits of the photographs’ linked metadata. In “Biodiversidad Virtual“, authors must provide at least date and shooting site. Meta data and species name, as verified by specialists, contribute to the website database, from which information may be retrieved through a user-friendly interface.

In the Iberian Peninsula, for example, the conservation of the endangered assassin bug (Vibertiola cinerea) benefits from the photographic documentation of new localities, which have enlarged the species’ protected range 150 km to the south. Through photo sharing the periods of activity and overwintering stages of a frequently portrayed shieldbug (Nezara viridula) can now be alternatively obtained by summarizing shooting dates from about half a thousand uploaded pictures.

One disadvantage of photosharing databases is that they are normally restricted to big-sized, frequent and colourful species, and limited by uneven photosampling along space and time. Species identification is also not always possible from the image alone. Nevertheless, photosharing websites provide inexpensive, friendly, efficient, and powerful tools to Public Participation in Scientific Research. At the same time scientists can benefit from the help of thousands of volunteer macro-photographers who generously share their high-quality pictures!