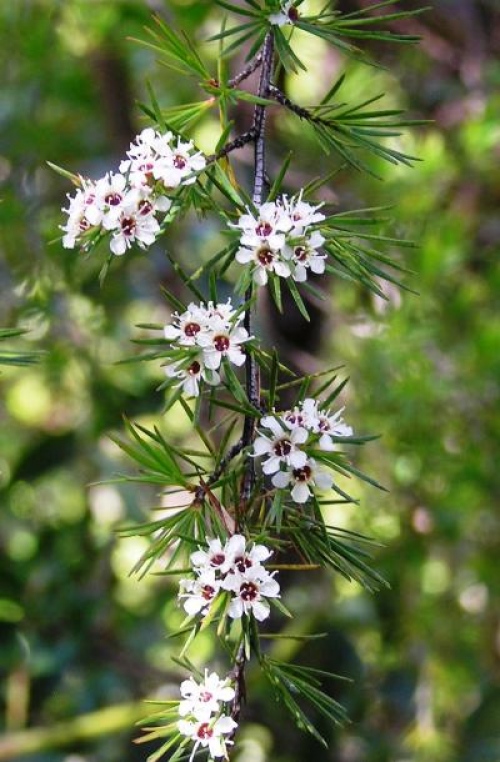 At the stroke of a pen a New Zealand endemic tree has for the last 31 years been incorrectly regarded the same as a group of ‘weedy’ Australian shrubs and small trees. A New Zealand botanist has completed a 15-year study to reveal some surprises and discover astonishing cryptic diversity behind what was long considered a single tree species. The study was published in the open access journal PhytoKeys.

Known to botanists as Kunzea ericoides, this species was one of the many discoveries made in the north-western South Island of New Zealand by Jules Sébastien César Dumont d’Urville during the first voyage of the Astrolabe (1826-1829).

Initially described by French Professor of botany Achille Richard as Leptospermum ericoides, this species and the allied New Zealand endemic Leptospermum sinclairii were merged in 1983 with three other Australian species under the oldest available name (L. ericoides) as a new combination in the related genus Kunzea.

The saying that ‘bad taxonomy kills’ could not be more true, as the decision to merge the Australian and New Zealand species into the one shared species –Kunzea ericoides – resulted in absolute mayhem as a range of important New Zealand trees and shrubs were now regarded as identical to their distant Australian relatives all of which are serious agricultural pests known there as Burgan.

The present study draws on data obtained from experimental hybridisations, cytological investigations, modern molecular analyses and ecological studies published elsewhere by the author of this revision Dr Peter J. de Lange. The PhytoKeys treatment by de Lange concludes that Kunzea ericoides is not shared between Australia and New Zealand; confirms the distinctiveness of the narrow-range rhyolite rock endemic K. sinclairii; and elevates another much misunderstood variety to species rank as K. linearis.

De Lange also recognises further seven species new to science. One, Kunzea robusta is actually the most common Kunzea in New Zealand which despite being first recognised as distinct by the missionary botanist William Colenso in the 1840s, was denied formal recognition for some 170 years until now. Aside from Kunzea robusta de Lange recognises two other common new tree species (K. amathicola and K. serotina), and another four narrow-range endemics – K. salterae, K. tenuicaulis, K. toelkenii, and K. triregensis. One of these species, K. tenuicaulis is known only from active geothermal fields.

Aside from the recognition of 10 endemic New Zealand species from what had been regarded as one in 1983, de Lange also reveals that the indigenous inhabitants of New Zealand the Maori already knew of many of these species, which they recognised by names which referred to their growth habit or wood properties.

It is shown that far from being serious agricultural weeds all the New Zealand Kunzea are important keystone species, either forming their own distinct forest types or helping to heal damaged forest. Furthermore the New Zealand Kunzea species provide an important habitat for a wealth of endemic geckos, orchids and fungi – a far cry indeed from their past much undeserved ‘weed’ status.

“This paper is also a brilliant showcase of how useful is the brand new PhytoKeys publishing platform for the advancement of taxonomy. Once published taxonomic treatments of new species and any nomenclatural changes are automatically available in advanced open access, easy to find, and are stored in various data repositories in reusable format. Such wide availability of data helps for mistakes and misunderstanding regarding previous confusions in the taxonomy of a certain species to be avoided in future,” comments Prof. Lyubomir Penev, managing director of Pensoft Publishers.

This publication was made possible by the generous support of the New Zealand Plant Conservation Network (http://www.nzpcn.org.nz).