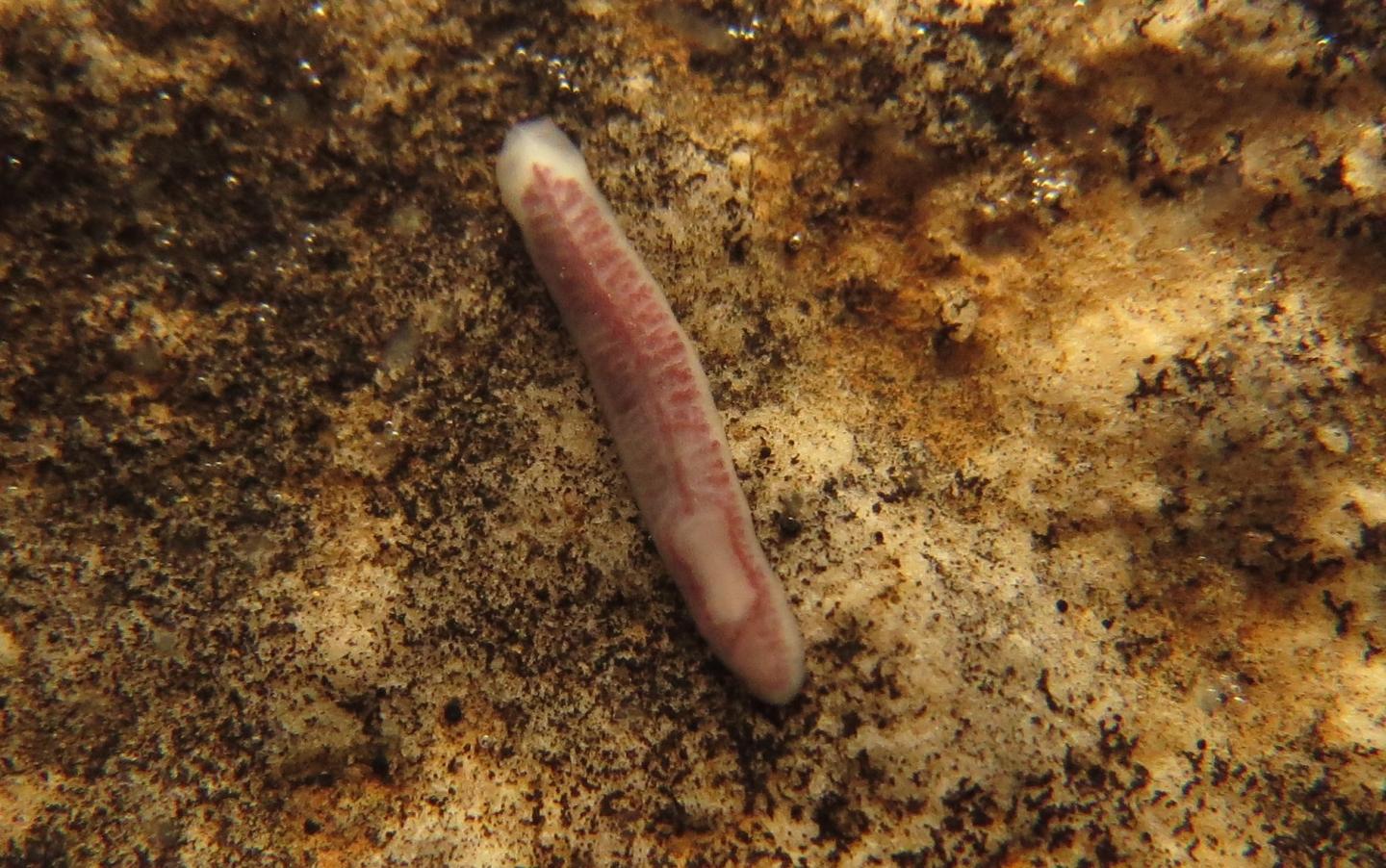 Typical cave-dwelling organisms, unpigmented and eyeless, were discovered in a karst area located in northeastern Brazil. The organisms were assigned to a new genus and species of freshwater flatworm and may constitute an oceanic relict. They represent the first obligate cave-dwelling flatworm in South America. The study was published in the open access journal ZooKeys.

Freshwater flatworms occur on a wide range of habitats, namely streams, lagoons, ponds, among others. Some species also occur in subterranean freshwater environments.

Brazil has more than 11,000 caves, but their species diversity is largely unknown. Field work by Rodrigo Ferreira, from University of Lavras, Brazil, in a karst area located in northeastern Brazil, has found the first obligate cave-dwelling flatworm in South America. Flatworm researchers from University of Vale do Rio dos Sinos (UNISINOS), Brazil, Ana Leal-Zanchet and Stella Souza, described it as a new genus and species.

The new species, which was named Hausera hauseri, is a typical cave-dwelling organism, unpigmented and eyeless. The genus and species names were proposed in honour to a Hungarian biologist, the late Prof. Dr. Josef Hauser, who immigrated to Brazil and studied freshwater flatworms over many years.

The sampling area of the new species is unique in comparison with other karst areas in Brazil. Most Brazilian limestone formations are located in inner portions of the country, which must have prevented marine groups from colonizing these caves in the past. In contrast, this karst area is located near the sea, and its limestone outcrops are at low altitude, which has allowed different invertebrates to colonize the caves during sea level rises in the past. Thus, the new species may constitute an oceanic relict as is the case of other cave-dwelling invertebrates found in this karst area in northeastern Brazil.