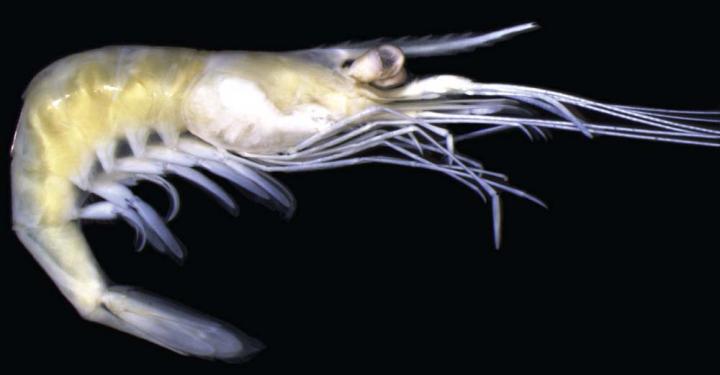 A study reveals how little we know about the Amazonian diversity. Aiming to resolve a scientific debate about the validity of two species of freshwater shrimp described in the first half of the last century, researchers have found that not only this species is valid, but also discovered the existence of a third unknown species. The researchers concluded that these species evolved about 10 million years ago. The study was published in the open access journal ZooKeys.

The great biodiversity in Amazonia is an issue widely studied. However, the real number of species in this environmental hotspot is far away from being fully known.

Since the 1970s the validity of a species of freshwater shrimp has been discussed among specialists in crustaceans. Some suggested that one species described in 1950 using shrimps from Bolivia, which the scientific name is Palaemon ivonicus, could actually be the same species firstly discovered in 1935 in Guyana, named as Palaemon carteri. On the other hand, both species has been considered as different by several studies conducted with these animals.

All previous studies have used only morphological data in order to address whether or not these species are really distinct, but no conclusive results have been found. The researchers Fabrício Carvalho and Fernando Mantelatto from the Laboratory of Bioecology and Crustacean Systematics at University of São Paulo and Célio Magalhães from Instituto Nacional de Pesquisas da Amazônia therefore used a combined molecular and morphological approach aiming to resolve this issue.

The results obtained from molecular data clearly indicated that they are genetically distinct species. Moreover, they may have diverged from a common ancestor about 10 million years ago, when the Amazon River basin had a quite different conformation compared with the current one.

More surprisingly was the discovery of a third and unknown species very similar to Palaemon ivonicus. The new species was named as Palaemon yuna, alluding to the environment where the new species was first found: in the black waters of the Negro River, one of the main tributaries of the Amazon River; in “Tupi”, a general language of the Brazilian indigenous people, “y” means water or river, and “úna” means black.

“Even with a wide genetic difference, these species are very similar morphologically” says Fabrício Carvalho. “It is not uncommon to find shrimps that require the use of molecular tools to identify correctly its species or recognize the existence of a new species”.

These finds show how little we know about the diversity of crustaceans in Amazonia. According with the study, the use of genetic data has facilitated the discovery of many new species of crustaceans in other environments, and it could not be different in a complex system such as the Amazonia.

“This study is part of a long term project aiming to investigate the American species of marine and freshwater shrimps” says Fernando Mantelatto. “The variability in many species is quite expressive and new species will certainly be discovered in the next years”.