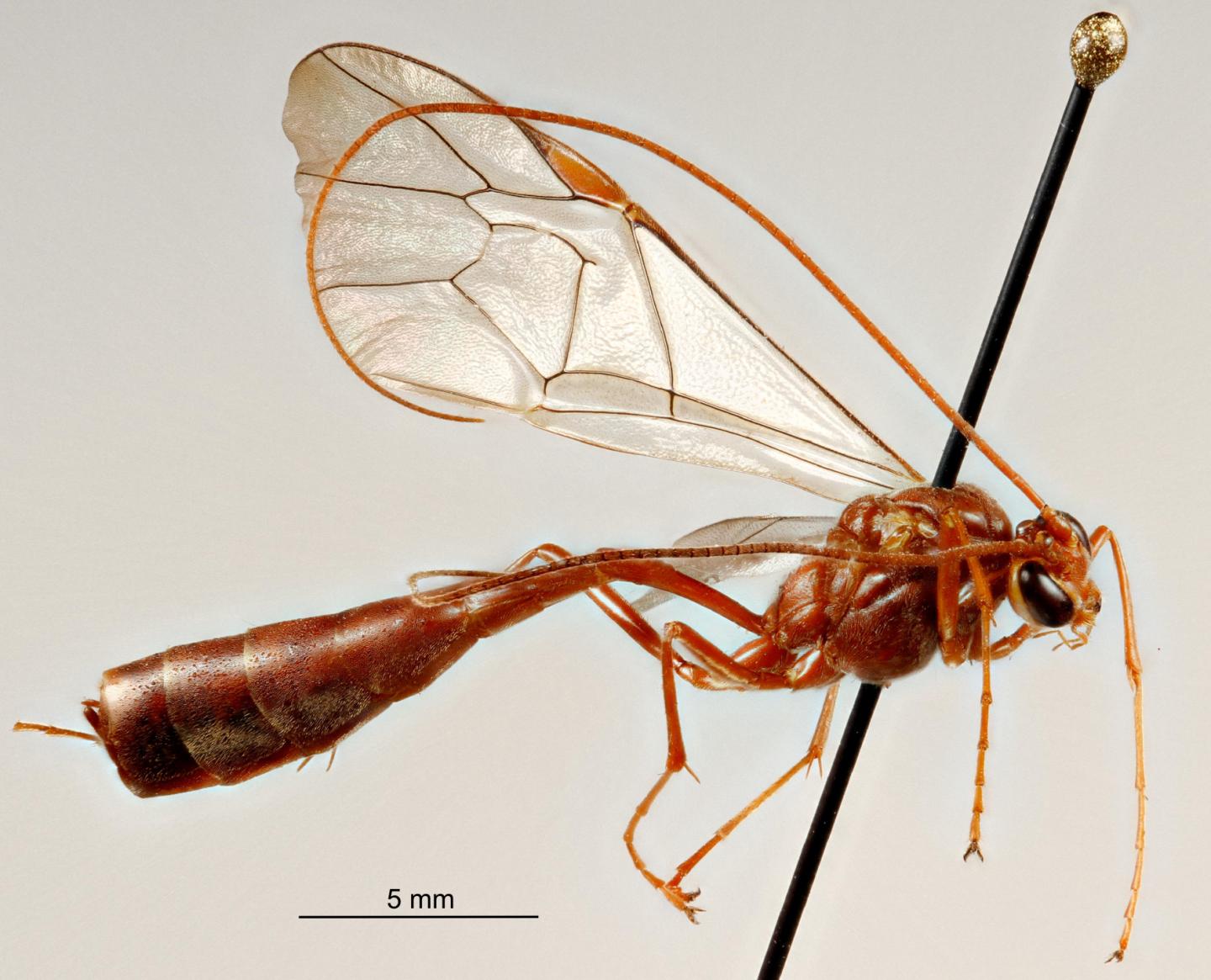 In 1912, three species in the parasitic wasp genus Ophion were described by two different entomologists, increasing the number of known species in North America to eleven. It has long been known that the actual diversity is much higher; however, it took 102 years for any additional species to be described.

“The main reason for this is that everyone has assumed that Ophion are just too difficult to tell apart. Museum collections are full of unidentified Ophion, but nobody has wanted to face the challenge of sorting them out” said Marla Schwarzfeld, an entomologist who recently completed her Ph.D. at the University of Alberta, Canada.

In fact, the author of one of the species described in 1912, Claude Morley, stated: “Without abundant material it were ridiculous to attempt a wide revision of these insects; and … a mass of this material causes one’s courage to sink at the sight of so uniform and apparently characterless a group.”

However, with the advent of new taxonomic tools, it is no longer necessary to rely solely on the challenging morphology of the group. Schwarzfeld and her Ph.D. supervisor, Felix Sperling, used a combination of molecular and morphometric analyses to define a new species group within Ophion, and to delimit and describe six new species within this group. The molecular work involved the analysis of three different genetic markers, while the morphometric analyses included both an analysis of wing venation and a more traditional approach of measuring various body parts. The study, including the new descriptions, has recently been published in the open-access journal, ZooKeys.
“The exciting part about this work is that these techniques all gave remarkably congruent results, which gives us a lot of confidence in these new species. This takes a lot of the guesswork out of describing species, and will be a really valuable toolkit for studying additional species of Ophion, as well as species in other morphogically-challenging groups” declared Schwarzfeld.