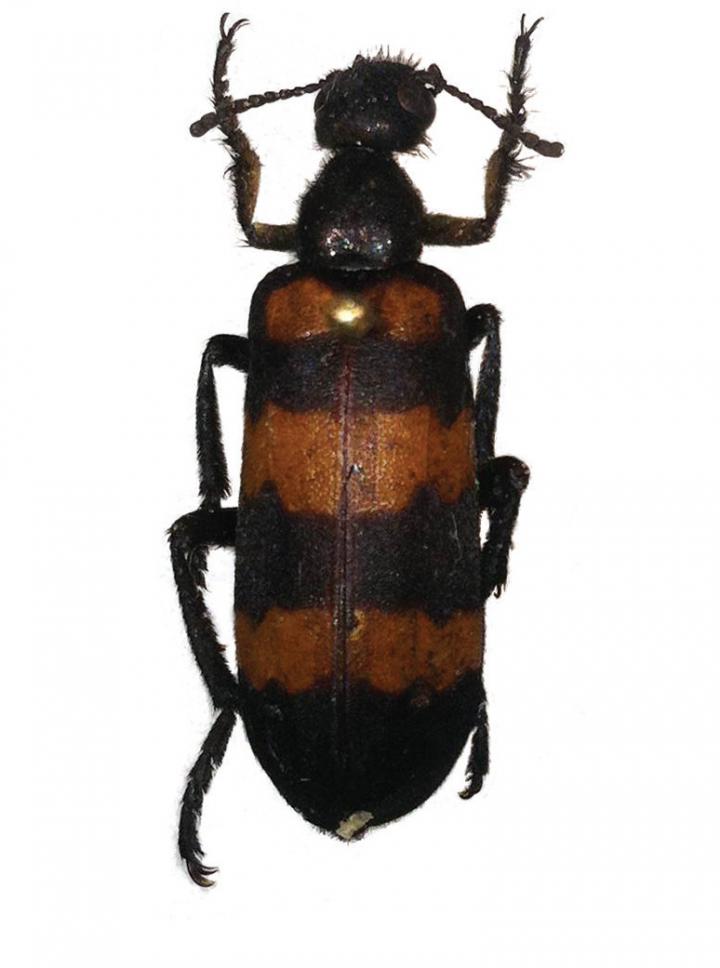 A team of Chinese and Italian scientists has joined efforts to provide a key to the understudied phaleratus group of blister beetles. During their research the scientists have also discovered a new species from the genus Hycleus, which they named after Marco Polo, as a tribute to their collaboration during the Ph.D. studies. The study was published in the open access journal ZooKeys.

The phaleratus group to which the new species Hycleus marcipoli belongs, is part of the Meloidae family commonly known as the blister beetle family. The representatives of this group get their unpleasant name from their defensive mechanism which includes secretion of a blistering agent.

The name of the new species was inspired by the Chinese – Italian collaboration during this research. Marco Polo (1254-1324), was a Venetian explorer who, during a long period of permanence F in China in the late XIII century (1271-1284), established the first well documented relationships between the Chinese and European worlds and opened western culture to the wide and rich Chinese heritage.

“We were extremely happy to discover a new species during our studies of the Chinese species of the genus Hycleus. We were wondering for a while how to name it until we came up with the idea to name it after Marco Polo a historical figure which represents the beginning of collaboration between China and the West. ” comments Dr Marco A. Bologna from the Università degli studi Roma Tre, Italy.