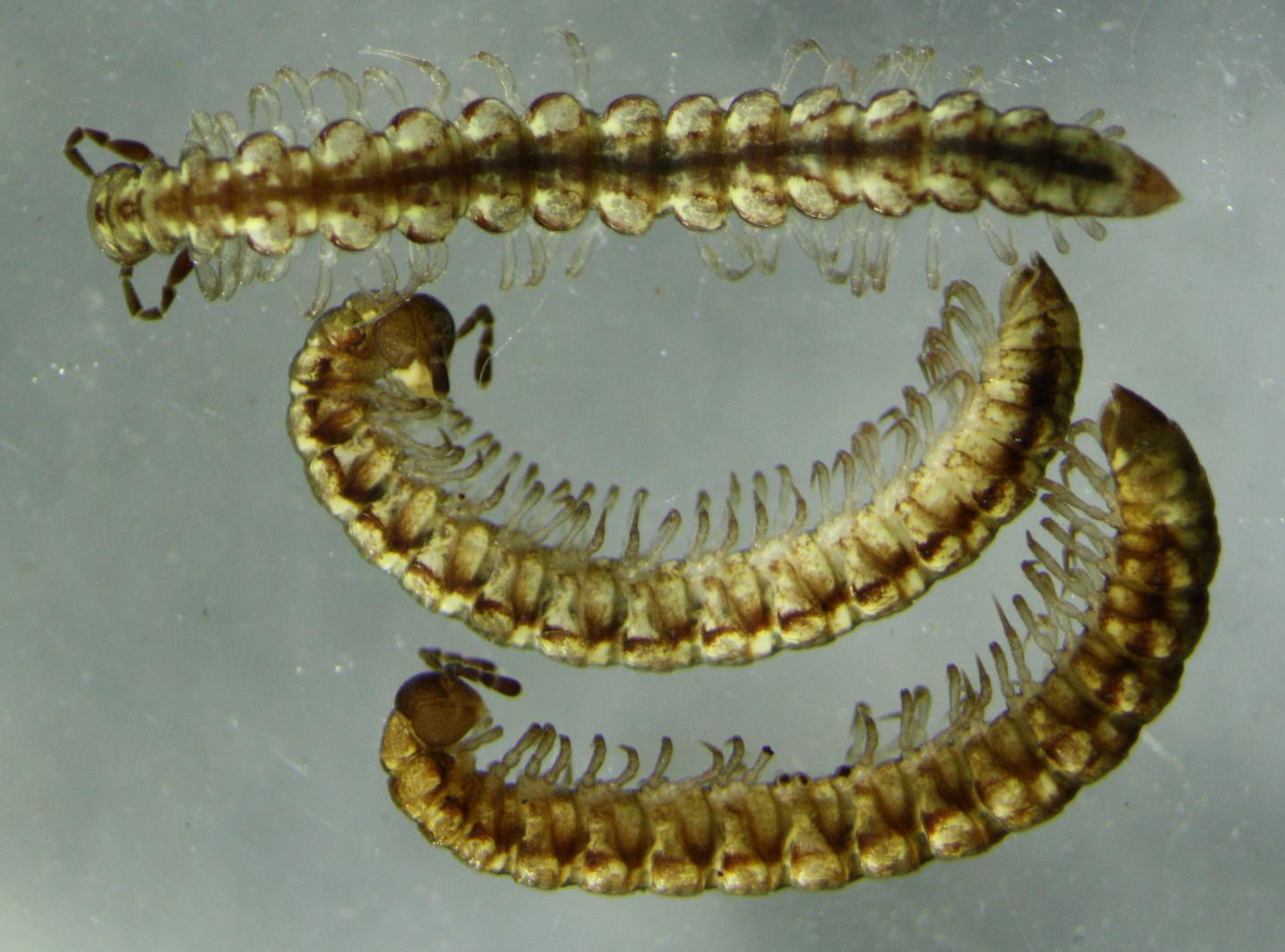 A tiny new millipede has been found which is only known to occur within the city of Launceston, Tasmania, Australia.

The 1 cm-long species was discovered in a city park by two local naturalists, Wade and Lisa Clarkson. Working with millipede specialist Dr Bob Mesibov of Launceston’s Queen Victoria Museum and Art Gallery, the Clarksons carefully mapped the range of the new species over several years.

To their surprise, the millipede was easy to find in eucalypt woodland in city parks and reserves, but apparently absent from eucalypt woodland just outside the city, or further afield. The known range of the new species is less than 12 square kilometres.

The species has been named Tasmaniosoma anubis and described by Dr Mesibov in a paper published in the open access journal ZooKeys. The name ‘anubis’ was suggested by Lisa Clarkson. Anubis was a jackal-headed god of ancient Egypt, and the top of the genitalia of male T. anubis have branches which resemble the snout and ears of a jackal.

T. anubis is one of eight similar native species within the genus Tasmaniosoma. The genus is endemic to Tasmania and now has 22 described species, with several more known but not yet named and described.

The closest relations of T. anubis live in northeast Tasmania. One of these was named T. clarksonorum in 2010, in recognition of the diligent work of the Clarksons in mapping its range several years earlier.

Despite the small range of T. anubis, it does not seem to be a threatened species. It is abundant in Launceston’s largest urban reserve, the 440 hectare Trevallyn Nature Recreation Area, which adjoins the city’s well-known Cataract Gorge reserve. Within the reserves it co-exists with introduced millipedes and other invertebrates, and can be found next to sealed roads and in parkland visited by thousands of recreational users every year.