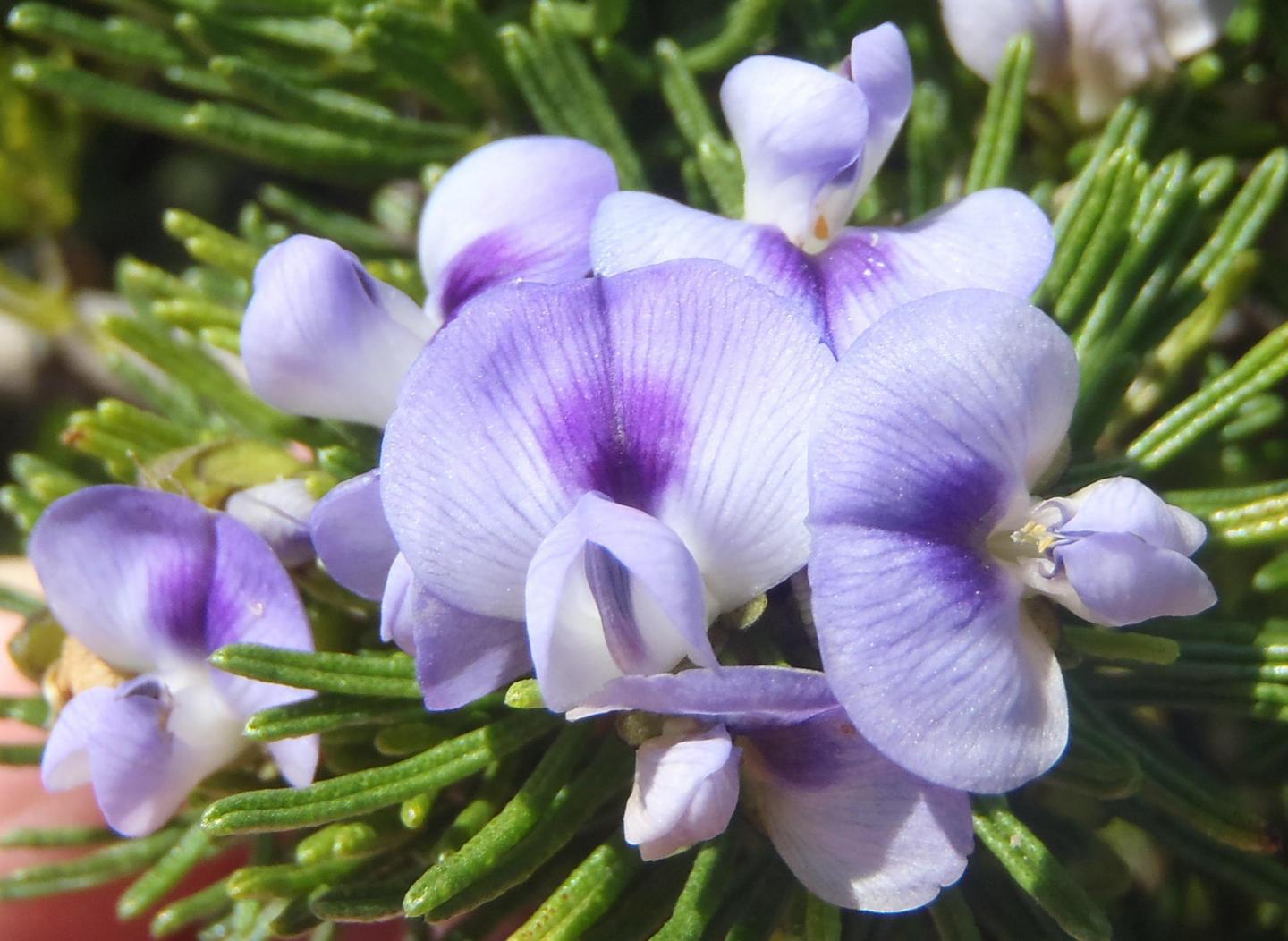 Amateur botanists in the Western Cape Province of South Africa have discovered two new species of beautiful blue-flowered legumes. The study was published in the open access journal PhytoKeys.

Few people take the chance to tramp the empty rolling ranges of mountains and the fragmented and jagged coastline of the Southern Cape in South Africa. Most avoid it because of how wild and tough-going it can be.

This region is part of a unique and species rich global flora called the Cape Floral Kingdom. Yet there are a band of intrepid walkers and climbers who traverse these areas every week searching for rare and endangered plants.

One such group call themselves the Outramps (Afrikaans for Senior walkers). They are part of bigger group of amateurs who belong to a Citizen science group called C.R.E.W. (Custodians of Rare and Endangered Wildflowers) which is run by the South African Biodiversity Institute(SANBI). ‘Crewites’, as they are called locally, are volunteers from the public who help with monitoring and conserving South Africa’s threatened plants.

The Outramps are the most active CREW group in South Africa and are led by their indomitable leader Dianne Turner. She and her group, in their dilapidated and famous Kombi called ‘The Buchu Bus’ have crisscrossed the region many times and have assessed the conservation status of many rare species.

Recently they discovered two beautiful blue-flowered legumes which they thought were new to science. They sent these to Abubakar Bello (a Nigerian student doing a Ph.D. on the legume tribe Psoraleeae at the University of Cape Town) and one of his supervisors Prof. Charles Stirton.

After a field trip with their colleague Prof. Muthama Muasya, to see them in the field and after comparing them with known species, they were identified as new members of the legume genus Psoralea.

As Charles Stirton told us “Without the persistence and enthusiasm of the Outrampers, we would never have picked up these species in our studies as they were in areas we would not have accessed in our planned field trips. It is not uncommon for highly localised species to be overlooked by monographers”.

To honour the Outrampers, they decided to name the new species after the group leader Dianne (Psoralea diturnerae) and the ace photographer in the group Nicky van Berkel (P. vanberkelae) who discovered the plants respectively.

Di’s Psoralea (P. diturnerae) is a mountain species and is known from only a few localities around the Camferskloof area in the Outeniqua mountains.

Nicky’s Psoralea (P. vanberkelae) is locally abundant in an area of less than 20 km2 coastal habitat along the Robberg Coastal Corridor. Fortunately, the main population is owned and protected by a keen conservationist Chris von Christierson in his private Fynbos Private Nature Reserve. This stunning species is a flagship species for this wild and relatively unknown coastal strip where the cliff edges rise sharply from the sea and their escarpments are not easy to access.

The discovery of P. vanberkelae has stimulated a drive to undertake a botanical inventory along the unique 16 km long coastal strip between Robberg and Harkerville and to get it declared a Protected Environment. The University of Cape Town botanists are keen to support this as they also noticed many other rare species in the area. Even normal plants such as Virgilias and buchus adopt strange forms here – a combination of the shearing salty sea breeze spray, the quartz substrate, their isolation, and poor local nutrition

Citizen scientists in South Africa are playing a valuable role in the discovery and protection of the unique Cape Flora. This paper is a testament to their contribution.