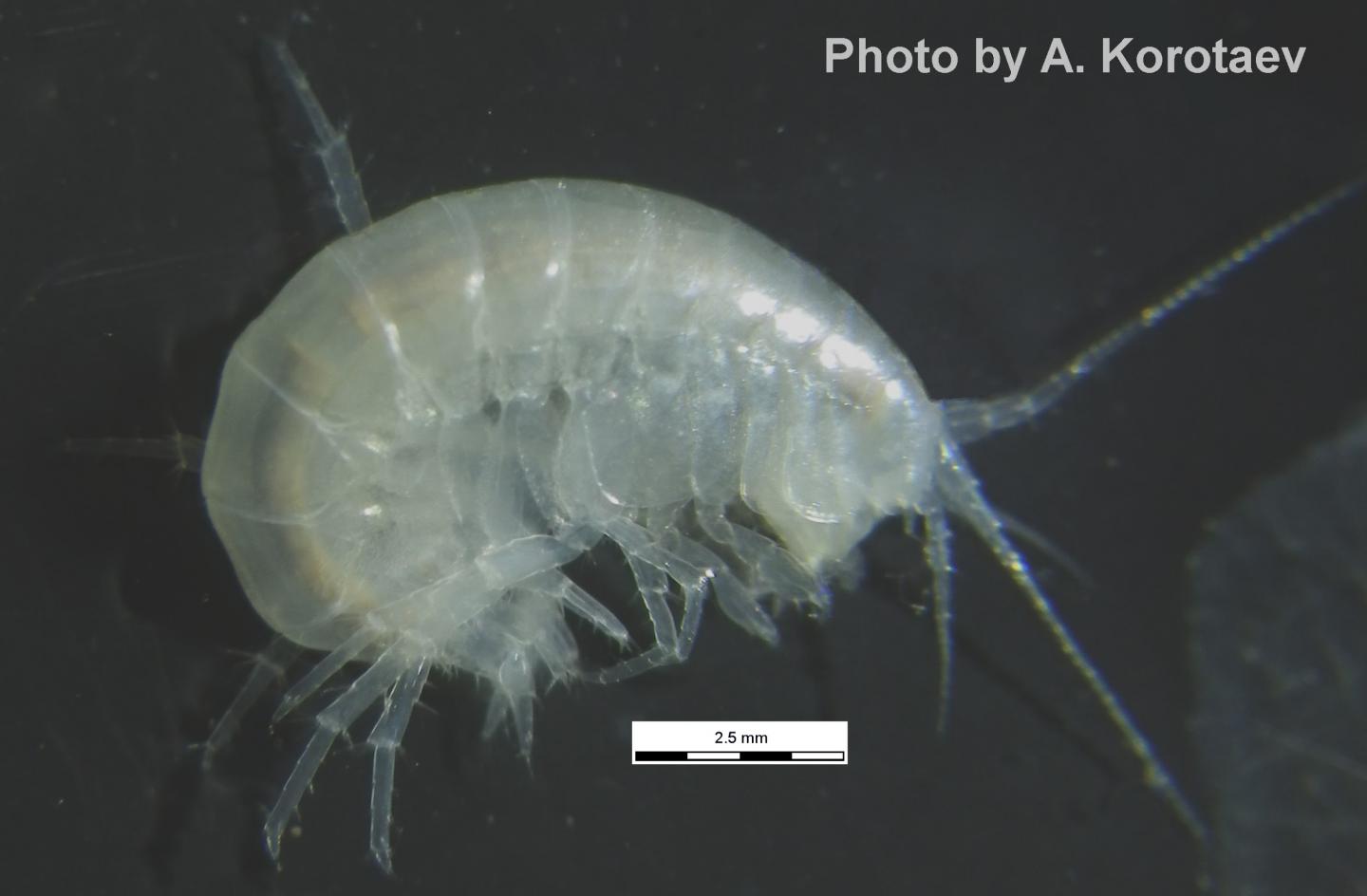 An international team of scientists have discovered a new species of typhlogammarid amphipod in the limestone karstic caves of Chjalta mountain range – the southern foothills of the Greater Caucasus Range. The study was published in the open access journal Subterranean Biology.

The new amphipod, which belongs to the genus Zenkevitchia, is the second species known from this group. This new addition to the genus is named Zenkevitchia yakovi after the famous Russian biospeleologist Prof Yakov Birstein.

Typhlogammarid amphipods are a group blind and unpigmented endemic Balkan-Transcaucasian cavernicole crustaceans, which inhabit subterranean rivers and lakes. Their modern distribution is believed to be the result of marine transgressions of the bygone eras.

Taking into consideration that the first member of Zenkevitchia was described 75 years ago this is still an understudied group of cave animals. Despite their unique morphology featuring “filtration mouth parts”, today we still know nothing about the biology of this relict group of animals.

While most species can be easily differentiated on the basis of morphological analysis, Z. yakovi has no reliable morphological differences with Z. admirabilis and was discovered through sequencing of the barcode region of mitochondrial cytochrome c oxidase I (COI) — highlighting the cryptic nature of the new species.