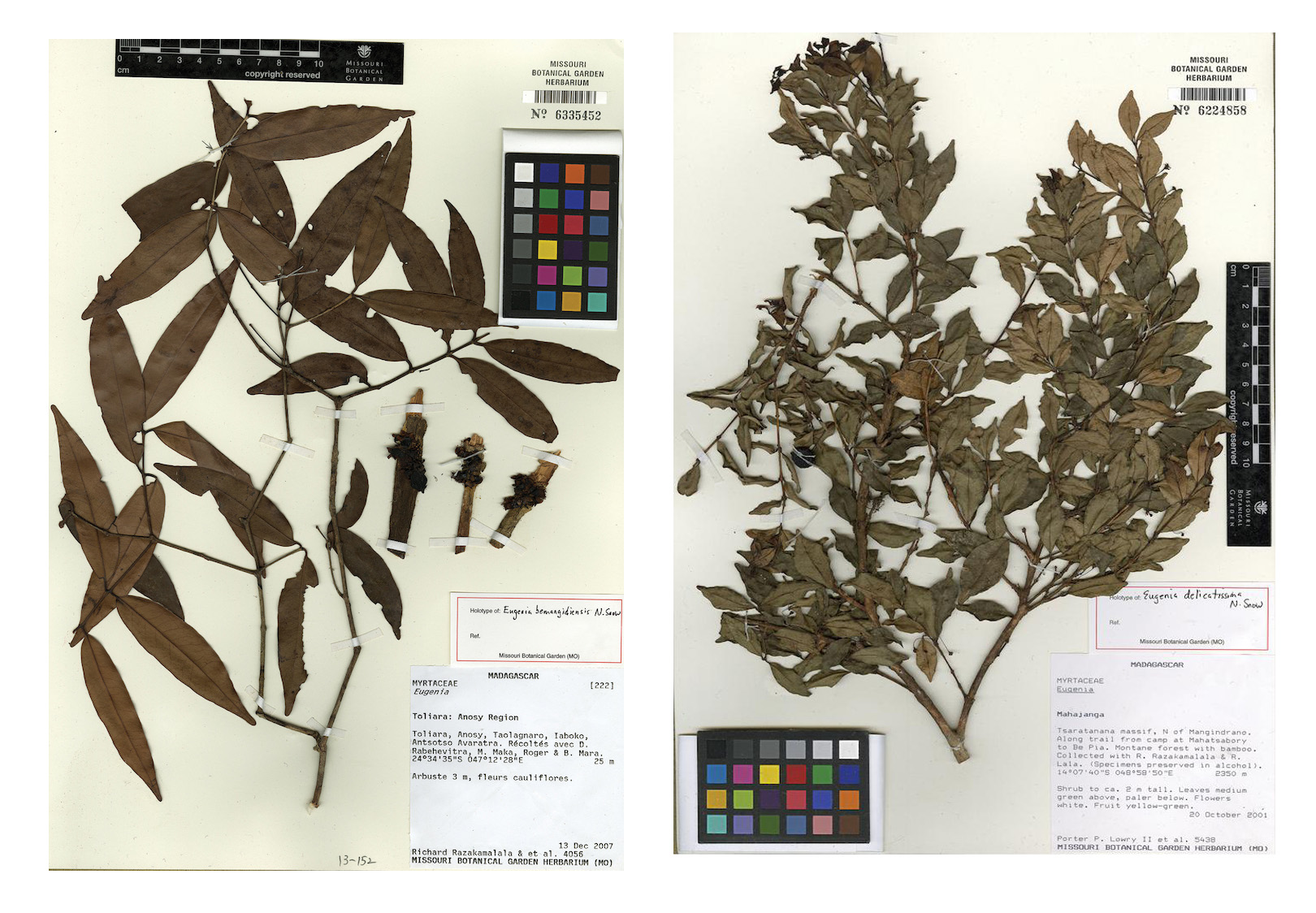 The spigot for plant discoveries in Madagascar continues to flow steadily, with no signs of slowing down in the near future.

“The number of new plant species from Madagascar continues to be amazingly high”, said Dr. Neil Snow, botanist and Director of the T.M. Sperry Herbarium atPittsburg State University in Kansas.

Working with coauthors Martin Callmander and Pete Phillipson, Snow recently described seventeen new species of Eugeniain the Myrtle family in the journal PhytoKeys(10.3897/phytokeys.49.9003). Callmander and Phillipson, of the Missouri Botanical Garden, teamed up with Snow to provide greater depth to the study, particularly regarding historical collections in Europe, where both are based.

“It’s been great to collaborate with Neil”, commented Callmander and Phillipson.

“Although as many as 100 new species are often described from Madagascar per year across all plant families, Neil’s contribution to our knowledge of the Myrtaceae is really important, especially since most of them have highly restricted ranges and many are threatened.”

With over 1000 species, Eugenia is one of the largest woody plant genera in the world. The seventeen new species join with fifteen others described since 2000 by Snow and colleagues, for a total of 32 out of the 68 currently species of Eugenia in Madagascar.

“In other words, about half of the known Eugenia species in Madagascar have described by botanists only in the past fifteen years”, Snow added. “Describing 17 new species in one plant genus from one country rarely happens these days.”

Even so, 10 or more species of Eugenia remain to be described from Madagascar, judging from dried herbarium specimens that do not match known species.

Among the new species were Eugenia ravelonarivoi and Eugenia razakamalalae, which recognize Désiré Ravelonarivo and Richard Razakamalala. These two Malagasy botanists are prolific plant collectors who gathered many of the specimens cited in the paper. Other species in the paper were named to honor colleagues in the United States and Australia.

Snow was quick to emphasize that other parts of the world also are yielding a steady stream of new plant species in the Myrtle family.

“Colleagues and their collaborators are doing fabulous work in Australia, India, Africa and South America. Many new myrtle species are discovered yearly, particularly in Western Australia and Brazil, the latter of which frequently includes new Eugenia species.”

Snow concluded by commenting that “It is enjoyable research, which is good, because Myrtle specialists have many years of field and lab ahead before we can more fully understand the remarkable richness of this family.”