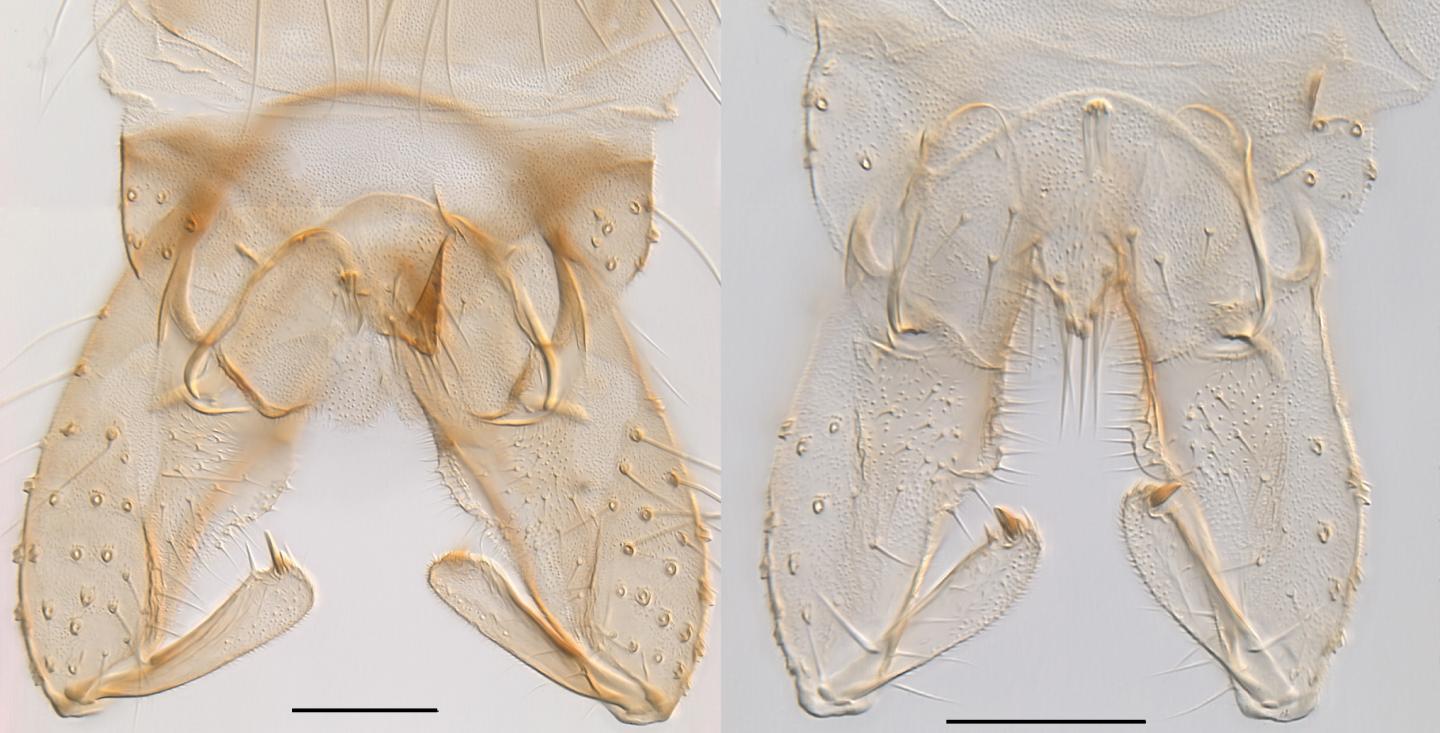 Revisiting original types and DNA analysis exposed hidden diversity in minute non-biting midges. Two species new to science were discovered and one misapprehended species was removed by following the traces back to the source in Brussels. The study was published in the open access journal ZooKeys.

“Nobody suspected a mystery until we solved it”, says Elisabeth Stur, the senior author of the paper describing the misconception. – “Maybe even some will be upset that we discovered this long lasting misidentification”.

It all started with Elisabeth Stur and Torbjørn Ekrem from the NTNU University Museumstarted to look at type material of species in the genus Gymnometriocnemus to put correct names on their Norwegian specimens. These were vouchers for DNA barcodes in the Barcode of Life Data Systems, thus correct identification was important.

“We were surprised to find that the types of one species was not at all what it was supposed to be according to current belief”, Stur says. – “They belonged to a quite different genus, but previous revisers never checked the types”. Thus, a completely wrong understanding of the species was commonly accepted among entomologists working with midges.

As a result of their investigation and DNA barcoding of midges collected through the Norwegian Taxonomy Initiative, two species new to science were also discovered.

“It is interesting that even in our relatively well documented area of the world, there still are new species to be discovered. Non-biting midges are fascinating creatures with an astonishing diversity and beauty – as long as you get them under the microscope” Stur adds.
###
Original Source: