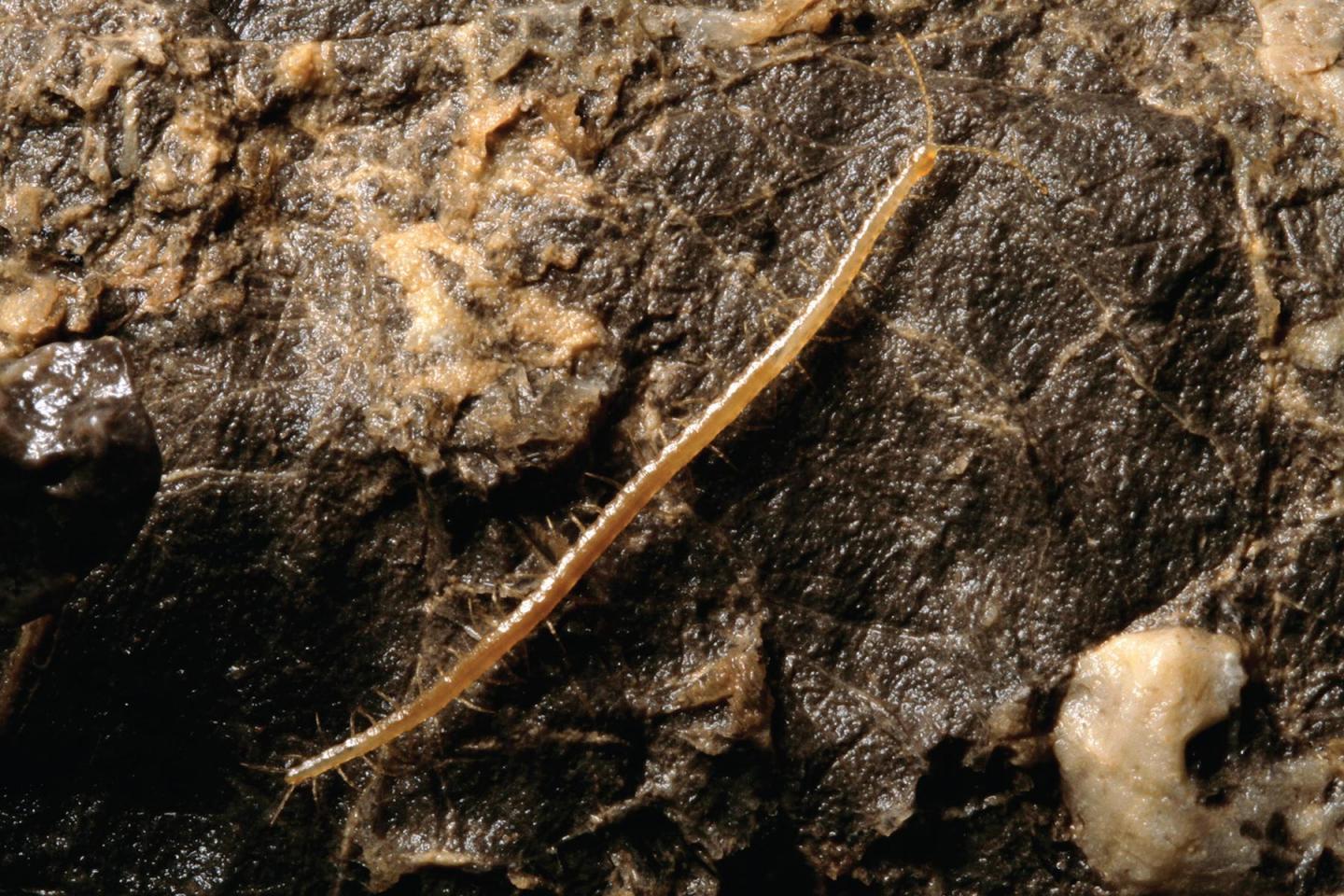 An international team of scientists has discovered the deepest underground dwelling centipede. The animal was found by members of the Croatian Biospeleological Society in three caves in Velebit Mts, Croatia. Recorded as deep as -1100 m the new species was named Geophilus hadesi, after Hades, the God of the Underworld in the Greek Mythology. The research was published in the open access journal ZooKeys.

Lurking in the dark vaults of some of the world’s deepest caves, the Hades centipede has also had its name picked to pair another underground-dwelling relative named after Persephone, the queen of the underworld.

Centipedes are carnivores that feed on other invertebrate animals. They are common cave inhabitants but members of this particular order, called geophilomorphs, usually find shelter there only occasionally. Species with an entire life cycle confined to cave environments are exceptionally rare in the group.

In fact, so far the Hades and Persephone centipedes are the only two geophilomorphs that have adapted to live exclusively in caves, thus rightfully bearing the titles of a queen and king of the underworld.

Like most cave-dwellers, the newly discovered centipede shows unusual traits, some of which commonly found in cave-dwelling arthropods, including much elongated antennae, trunk segments and leg claws. Equipped with powerful jaws bearing poison glands and long curved claws allowing to grasp and tightly hold its prey, the Hades centipede is among the top predators crawling in the darkness of the cave.

The new species is yet another addition to the astonishing cave critters that live in the Velebit, a mountain that stretches over 145 km in the Croatian Dinaric Karst, which is as a whole considered a hot spot of subterranean diversity. The deepest record comes from the Lukina jama – Trojama cave system, which is 1431 meters deep and is currently ranked the 15th deepest cave in the world.

Just like Hades who ruled over the kingdom of shadows, the new centipede dwells among an extraordinary number of pallid cavernicolous animals, some known to science and many yet to be discovered.

“When I first saw the animal and its striking appearance, I immediately realized that this is a new, hitherto unnamed and highly adapted to cave environment species. This finding comes to prove once again how little we know about the life in caves, where even in the best prospected areas, one can still find incredible animals” says the lead author Pavel Stoev, Pensoft Publishers and National Museum of Natural History, Sofia.