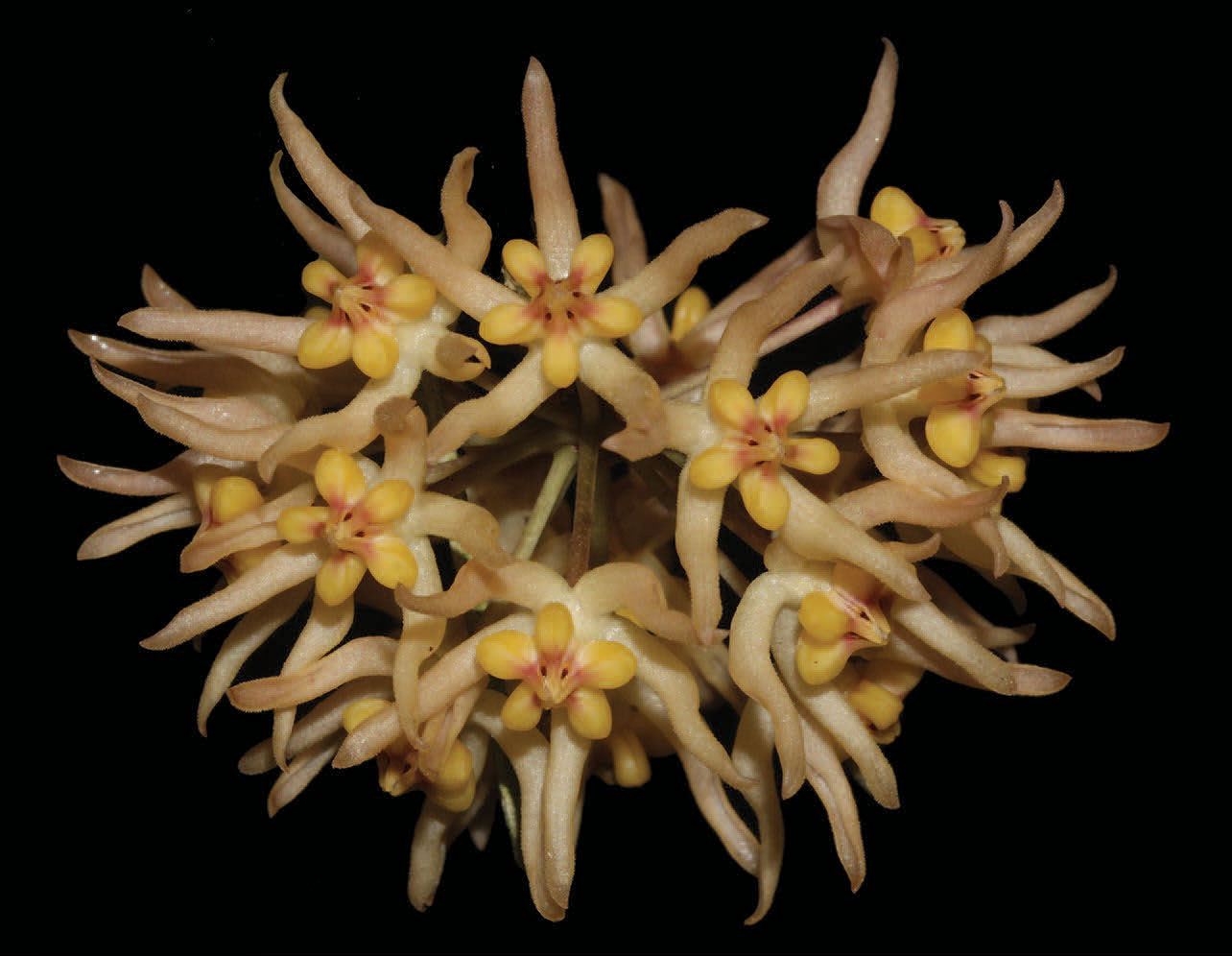 Dr. Michele Rodda describes two new tropical plants species from the Hoya genus, found on the world’s third largest island Borneo. The genus is one of the largest and most complex plant groups in Asia. The first to be described in the paper, H. ruthiae, is characterised with its lack of coloured milk-like sap typical for most of the Hoya species, and H. bakoensis – with its strict preference for growing epiphytically (without causing any harm to its host) and rooting inside ant nests. The study is published in the open-access journal PhytoKeys.

Collected by Ruth Kiew in Sabah in 2000, H. ruthiae was named after the tropical botanist based at the Forest Research Institute Malaysia. It grows on limestone with its so far only location being the Malaysian state. Therefore, its conservation status is not yet known and the plant species is categorised as Data Deficient following the IUCN guidelines. However, it is widely available in cultivation.

The second new species, H. bakoensis, was discovered by the author of the present paper in 2015 and was named after its for now sole locality, the Bako National Park in Malaysia. The species prefers moist, shady kerangas heath forests near streams. Most often, it sprouts its seedlings from the openings of small ant nests from inside hollow tree trunks and climbs up its host tree likely in need for more light. Additionally, the author points out that H. bakoensiscan be recognised from most of its relatives because of its smaller flowers.