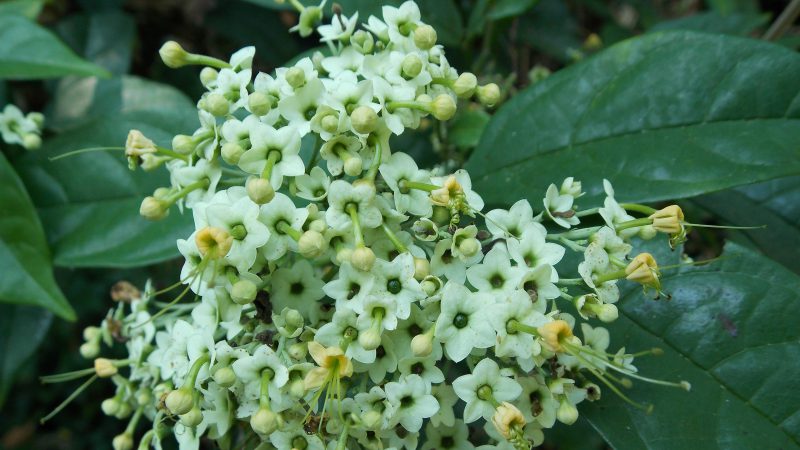 Famous for hosting most endemic bird species in Angola, it comes as no surprise that the Kumbira forest in Angola has recently also revealed great botanical diversity. Remaining understudied for a long time, a recent botanical survey in the region revealed impressive numbers of vascular plants including new records for the country and potential new species. The full account of the Kumbira forest diversity is published in the open access journal Phytokeys.

In June 2014, two dedicated botanists has finally headed to the central escarpment of western Angola, to explore and describe flora of the Kumbira forest. Under the framework of bilateral cooperation between Angola and the Republic of South Africa, in collaboration with Kew Herbarium in UK, Dr. David Goyder, Herbarium, Royal Botanic Gardens, Kew and Mr. Francisco M. P. Gonçalves, Herbarium of Lubango, ISCED-Huíla, Lubango, conducted a first of its kind botanical survey in the region.

The importance of Kumbira forest has been referred in various sources for hosting the major number of Angolan endemic bird species. Despite its suspected ecological importance, however, the plant diversity knowledge of Kumbira has been unknown so far.

“To fill in the knowledge gap and call attention to the importance of Kumbira forest not only as a zoological, but also as a botanical hotspot, we undertook a botanical survey into Kumbira forest.” explains Dr. Francisco M. P. Gonçalves.

During the brief survey period between 10th-18th June 2014, the researchers were amazed to collect over 100 botanical specimens in flower or fruit. Three species collected represent news records for Angola and Guineo-Congolian biome and one is a potential new species.

“More work is planned in the future with the vision to contribute to the creation of a Gabela Natural Reserve, which Kumbira is a part of. Although the plans for this conservation are already proposed, they are not yet implemented and we hope more knowledge of the organism richness of the region will contribute to its realization,” concludes Dr. Gonçalves.