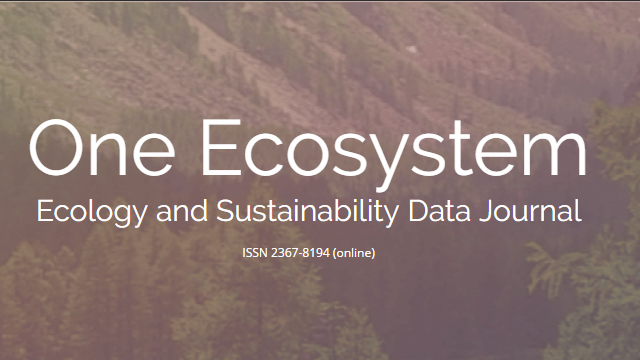 One of the most fundamental goals in ecology – determining the community assembly processes that have structured local communities – has been increasingly studied through the analysis of functional and phylogenetic diversity. Addressing growing evidence that inferences from these measures are often ambiguous to interpret, a new study published in the open access journal One Ecosystem, presents a conceptual framework integrating three approaches which reduces the likelihood of drawing incorrect conclusions.

A long-standing goal in ecology has been to document patterns in natural community structure and connect these patterns to underlying processes such as environmental filtering, disturbance, competition, and predation, collectively known as community assembly processes.

When studying these complex interactions, ecologists have been increasingly leaning towards inferring community assembly processes by calculating communities’ functional and phylogenetic diversity. Unlike diversity measures based solely on species’ identities, functional and phylogenetic diversity can describe important differences between species, ranging across ways in which they use resources, respond to, and influence the local environment.

“Functional and phylogenetic diversity can indeed be useful when trying to infer whether a particular community assembly process, such as interspecific competition or environmental filtering, has been most important for structuring a community or set of communities,” explain the authors of the study.

“However, it is also becoming increasingly obvious that care must be taken when using those methods, since inappropriate choice of traits, diversity metrics, or null models can produce ambiguous results and even lead to incorrect conclusions about the processes underlying community assembly.”

To answer this knowledge gaps, a team of ecologists present a conceptual framework which integrates three approaches to reduce the likelihood of drawing incorrect conclusions from analyses of functional and phylogenetic diversity:

The new study describes the utility of each of these approaches and shows how combining them can strengthen one’s ability to correctly infer community assembly. The framework is presented in the context of identifying the signatures of interspecific competition and environmental filtering, important processes that operate in many systems across different taxa and are most often referred to in the functional and phylogenetic literature.

“In our paper, we provide examples showing how our framework can be used to test general hypotheses such as the Stress-Dominance Hypothesis,” comment the authors. “Our approach can also be applied to other processes besides competition and environmental filtering. This framework has the potential to enhance comparability between studies and allow for testing of alternative hypotheses regarding changes in community assembly processes along gradients.”