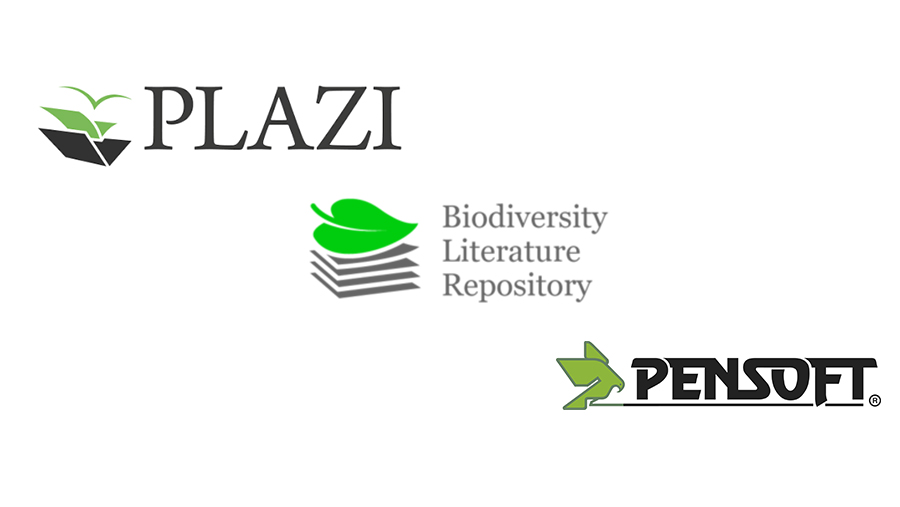 The achievement is a result of an automated information-extraction workflow developed by Plazi, Pensoft and Zenodo/CERN

Everyday a large number of biodiversity data are uploaded to the free and open Biodiversity Literature Repository (BLR), a joint venture of Plazi and Pensoft, hosted on Zenodo/CERN.

The automated workflow, successfully digitizing scientific literature from start to finish, assures that articles and their sub-article elements, from illustrations to taxonomic treatments, metadata, images, figures, and supplementary files are given a persistent digital object identifier (e.g. DOIs) of their own, cross-referenced, and then uploaded to the repository. The BLR makes these data discoverable, accessible, reusable and citable by any scientist from anywhere in the world.

The organizations behind this project are Plazi, a non-profit dedicated to supporting and promoting persistent and openly accessible digital taxonomic literature, and Pensoft, a scholarly publisher and publishing technology provider.

The start of 2018 marked a new milestone for BLR as the number of the deposits crossed 200,000, with an average of six links to related entities, including the link to the source publication, added to each deposit. The deposits in the BLR represent 63% of the total deposits in Zenodo.

To make sure that the extracted data remain open and accessible to all, Plazi, Pensoft and Zenodo stand firmly for the distribution of research data under unrestricted access by using waivers, such as CC0 or PDDL.

“The Plazi workflow allows, for the first time, access to, citing and reusing the hidden data in scientific publications, and thus opening up scientific literature in an unprecedented way,” says Donat Agosti, president of Plazi.

Last year, a paper focusing on unrestricted access to images comprising biodiversity data within research articles and its advantages was published by a team from Plazi in Pensoft’s open science RIO Journal.

Pensoft is an independent academic publishing company, well-known worldwide for its innovations in the field of semantic publishing, as well as for its cutting-edge publishing tools and workflows. In 2013, Pensoft launched the first ever end to end XML-based authoring, reviewing and publishing workflow, as demonstrated by the Pensoft Writing Tool (PWT) and the Biodiversity Data Journal (BDJ), now upgraded to the ARPHA Publishing Platform. Flagship titles include: Research Ideas and Outcomes (RIO), One Ecosystem, ZooKeys, Biodiversity Data Journal, PhytoKeys, MycoKeys, and more.

Plazi is an association supporting and promoting the development of persistent and openly accessible digital taxonomic literature. To this end, Plazi maintains TreatmentBank, a digital taxonomic literature repository to enable archiving of taxonomic treatments; develops and maintains TaxPub, an extension of the National Library of Medicine / National Center for Biotechnology Informatics Journal Article Tag Suite for taxonomic treatments; participates in the development of new models for publishing taxonomic treatments in order to maximize interoperability with other relevant cyberinfrastructure components such as name servers and biodiversity resources; and advocates and educates about the vital importance of maintaining free and open access to scientific discourse and data.

Zenodo is an OpenAIRE project, in the vanguard of the open access and open data movements in Europe. It was commissioned by the EC to support their nascent Open Data policy by providing a catch-all repository for EC funded research. CERN, an OpenAIRE partner and pioneer in open source, open access and open data, provided this capability and Zenodo was launched in May 2013.

In support of its research programme CERN has developed tools for Big Data management and extended Digital Library capabilities for Open Data. Through Zenodo these Big Science tools can be effectively shared with the long-tail of research.