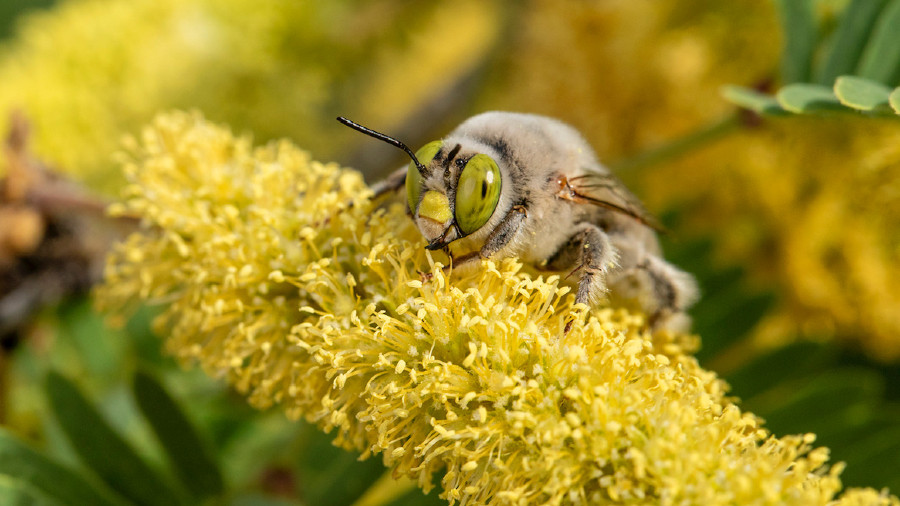 The United States-Mexico border traverses through large expanses of unspoiled land in North America, including a newly discovered worldwide hotspot of bee diversity. Concentrated in 16 km2 of protected Chihuahuan Desert are more than 470 bee species, a remarkable 14% of the known United States bee fauna.

This globally unmatched concentration of bee species is reported by Dr. Robert Minckley of the University of Rochester and William Radke of the United States Fish and Wildlife Service in the open-access, peer-reviewed Journal of Hymenoptera Research.

Scientists studying native U.S. bees have long recognized that the Sonoran and Chihuahuan deserts of North America, home to species with interesting life histories, have high bee biodiversity. Exactly how many species has largely remained speculation. Together with students from Mexico, Guatemala and the United States, the authors made repeated collections over multiple years, identifying more than 70,000 specimens.

Trending
An invasive plant may cost a Caribbean island 576,704 dollars per year

Without such intensive collecting, a full picture of the bee diversity would not have been possible. Most of these bee species are solitary, without a queen or workers, which visit flowers over a 2-4 week lifespan and specialize on pollen and nectar from one to a few plants. Furthermore, these desert species experience periodic drought, which the immature stages survive by going into dormancy for years, much like the seeds of the desert plants they pollinate.

Additionally, bee diversity is notoriously difficult to estimate and compare among studies, because of differences in the collecting techniques and the size of the studied area. An unexpected benefit of the regular and intensive sampling for this study was the opportunity to test if the observed bee diversity approached the true bee diversity in this region, or if many more species were yet to be found. In this case, the larger San Bernardino Valley area is home to 500 bee species, only slightly above the number of species recovered along the border – an unusually robust confirmation of the researchers’ estimate.

What we know about the decline of bees due to human activity, along with that of other pollinators, is based primarily on diversity data from human-modified habitats. Needed is baseline information on native bees from pristine areas to help us assess the magnitude and understand the ways in which humans impact bee faunas. This study from the Chihuahuan Desert is therefore an important contribution towards filling that knowledge gap from one of the bee biodiversity hotspots in the world.