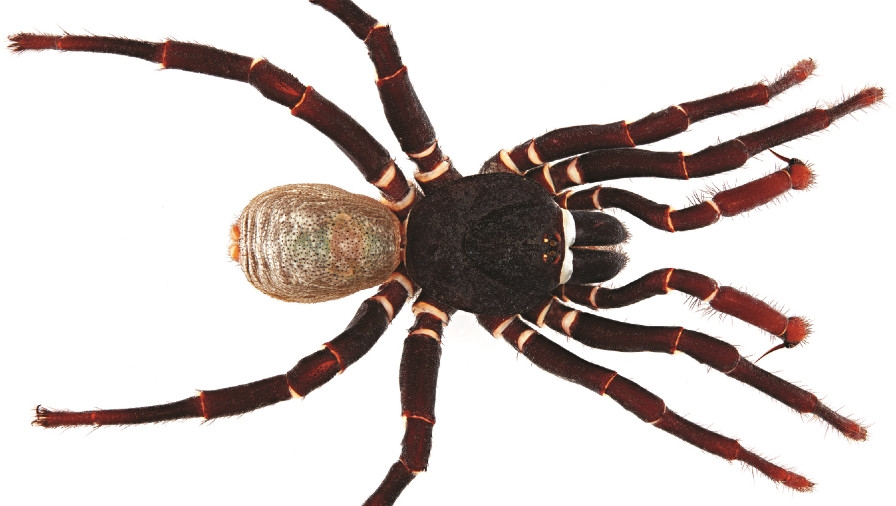 In a recent revision of the trapdoor spider genus Ummidia completed at the University of California, Davis, co-authors Dr. Rebecca Godwin (Piedmont University, GA) and Dr. Jason Bond (University of California, Davis, CA) described 33 new species found throughout North and South America. Their study is published in the openly accessible, peer-reviewed scholarly journal ZooKeys. A number of these species were named after popular artists, including Neil Gaiman, Peter Gabriel and Brandi Carlile.

“I think anything we can do to increase people’s interest in the diversity around them is worthwhile and giving species names that people recognize but that still have relevant meaning is one way to do that,” says Dr. Godwin.

The newly described trapdoor spider Ummidia brandicarlileae is named after singer-songwriter and activist Brandi Carlile, and occurs in Yucatán, Mexico, where Carlile’s annual Girls Just Wanna Weekend Festival is held. The event was created to counter the lack of female representation at mainstream music festivals.

In addition to these pop culture references, Godwin and Bond named several species in honor of various people and places. The Pine Rockland trapdoor spider, found in southern Florida, is named after the critically endangered pine rockland habitat in which it is found. Ummidia paulacushingae is named for Dr. Paula Cushing, long-time collaborator and friend of Bond and friend, and mentor to Godwin.

With the names of the new to science species, the authors were also able to shed light on lesser-known historical figures. Ummidia bessiecolemanae is named for Bessie Coleman (1892–1926), the first African American and Native American woman to obtain her pilot’s license.

Trapdoor spiders are unique compared to most of the spiders that we are familiar with in that they don’t use silk to make a web. Instead, they live in burrows lined with silk and covered with a “trapdoor”.

Trapdoor spiders in the genus Ummidia are actually very widespread—they can be found from Maryland west to Colorado through Mexico and Caribbean as far south as Brazil. However, because they spend most of their lives underground, people rarely ever encounter a trapdoor spider.  When trapdoor spiders are young, they leave their mother’s burrow and make one of their own. Females will spend their entire lives (which can be decades) in those burrows if they aren’t disturbed, but when a male spider matures (5 to 7 years of age), they emerge in search of females. This is when people are most likely to see them.

“Given the fact that these spiders tend to have very limited ranges and have very low dispersal, entire species can be winked out of existence without us ever knowing they were here, and I find that kind of heartbreaking. Documenting the diversity of groups like Ummidia gives us knowledge we need to appreciate and conserve the rich and diverse life that surrounds us.”