As part of their project BioSCAN – devoted to the exploration of the unknown insect diversity in and around the city of Los Angeles – the scientists at the Natural History Museum of Los Angeles County (USA) have already discovered numerous insects that are new to science, but they are still only guessing about the lifestyles of these species. […]

For nearly 30 years, Dr. Brian Brown knew about a mysterious unidentified phorid fly species, whose females would often be spotted flying above mushrooms, while the males were nowhere to be found. Little did anyone know that this years-long puzzle would be solved once and for all after a surprising call came in earlier this […] 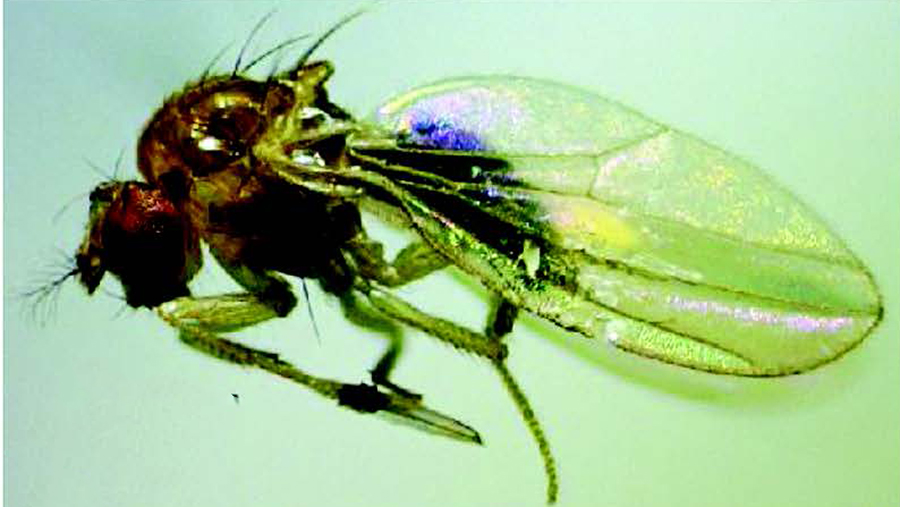 The first record of flower visitation in a group of fruit flies from Himalayan India and a total of four new species are described in the open access journal ZooKeys. In their paper, scientists also revise the descriptions of all representatives of this genus (Lordiphosa) in India. Following a number of observations in Nainital and Darjeeling, […]

The conjunctivitis-transmitting Oriental eye fly (Siphunculina funicola) has been recorded for the first time in China. In the same paper, published in the open access journal ZooKeys, a team of three scientists further describe three species of the same genus, which are new to science. The studied flies in the genus Siphunculina present a number of curious insects, […]