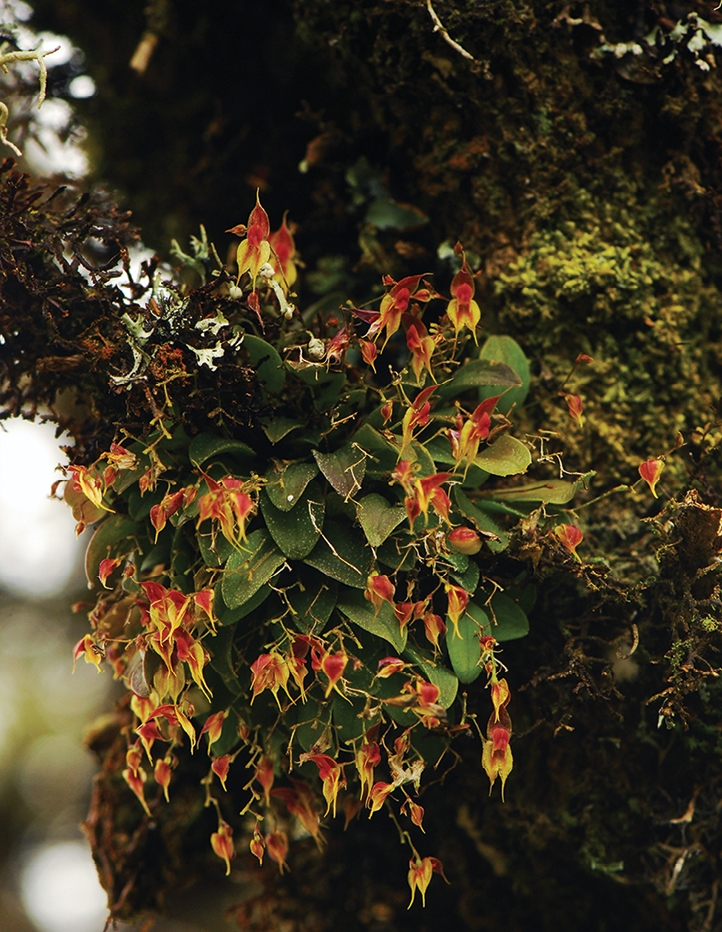 For its size, Ecuador has an impressive biological diversity that harbours a unique set of species and ecosystems, many of them endemic or threatened. Because of this great biodiversity, most studies still focus on recording species richness and very little is known about how these species actually interact. This is why in 2017 Dr Catherine H. Graham from the Swiss Federal Institute for Forest, Snow and Landscape Research WSL, with support from the European Research Council and local NGO Aves y Conservation, initiated an ambitious project in the northwestern Andes of Ecuador to study the ecology of plant-hummingbird interactions along an altitudinal and land-use gradient.

To this end, researchers established 18 transects in areas of well-preserved cloud forest and sites at different altitude and with different levels of disturbance, and visited them monthly to count the flowers that attract hummingbirds and to place time-lapse cameras in flowering plants.

Several new species to science were discovered during the intensive botanical work of identifying the nearly 400 plant species recorded by the surveys and cameras. One of them is a new orchid species called Lepanthes microprosartima.

Found on the western slopes of Pichincha volcano in northern Ecuador, L. microprosartima is endemic to the Yanacocha and Verdecocha reserves, where it grows at 3200 to 3800 m above sea level in evergreen montane forest – remarkably, this species can thrive even under deep shade in the forest.

Over three years of monitoring, only 40 individuals of L. microprosartima were found, which suggests it is a rare species. Because of this, and because it is only found in a small area, researchers preliminarily assessed it as Critically Endangered according to IUCN criteria.

Within the same hummingbird monitoring project, another new orchid – Lepanthes caranqui – was discovered in eastern Pichincha. Around the same time, a different research group from the Pontifical Catholic University of Ecuador found the same species in Imbabura. While in Imbabura it was found growing in páramo, with small groups on roadside embankments, in Pichincha it grew in evergreen montane forest, on top of tree trunks or lower branches, in the company of other orchid species. Its name, Lepanthes caranqui, honors the Caranqui culture that historically occupied the areas where this plant grows.

But the wonders of Ecuadorean biodiversity don’t stop there – a research project of Ecuador’s National Institute of Biodiversity found another new species, as small as 3 cm, in the southwest of El Oro. Lepanthes oro-lojaensis was actually discovered on the border between El Oro and Loja provinces, hence its name. It was only found from one locality, where its populations are threatened by cattle ranching, fires, plantations of exotic species, and the collection of shrubs as firewood. This is why researchers believe it should be listed as Critically Endangered according to IUCN criteria.

These additions to the Ecuadorean flora are all described in the open-access, peer-reviewed journal PhytoKeys. They are proof that Ecuador – one of the world’s megadiverse countries – hides much more biodiversity waiting to be explored.