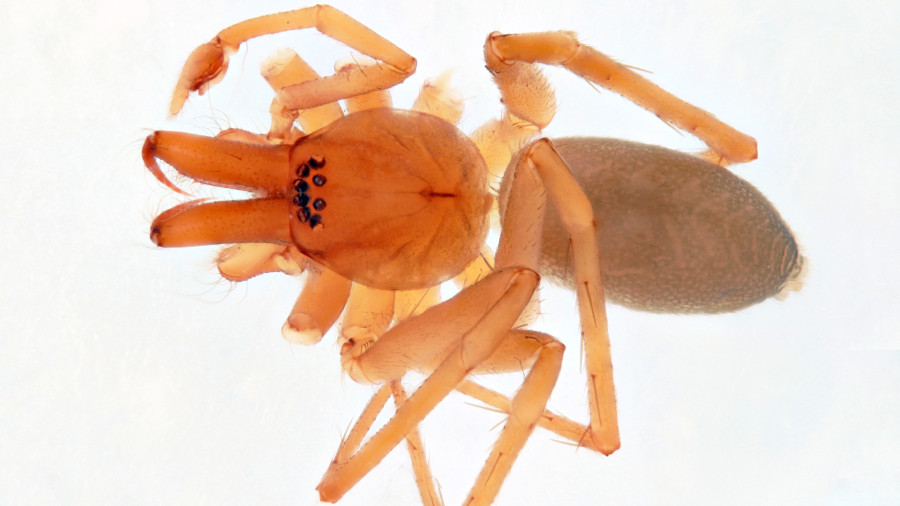 As someone who enjoys taking regular long walks, listening to podcasts has always been an irreplaceable source of pleasure for me. As an arachnologist and taxonomist, I had been hoping for years that someone would start a podcast dedicated to taxonomy and the discovery of new species. Thankfully, earlier this year Dr. L. Brian Patrick from Dakota Wesleyan University started such a project with the New Species Podcast, and the results are much, much better than what I’d been hoping for. I was particularly delighted when I got invited to the show to talk about a paper in which, together with my colleague Dr. Yuri M. Marusik, we described 17 new species of zodariid spiders from Iran and Turkmenistan.

I first met Brian in person at the 19th International Congress of Arachnology in Taiwan in 2013, where we had a fruitful discussion about various collecting methods for spiders and other arthropods. I personally believe that it is of utmost importance that efforts like Brian’s to popularize taxonomy – especially in these trying times – should be publicly acknowledged. And what better way to acknowledge someone’s efforts in popularizing the discovery of new species than to actually dedicate a new species name to them? For this reason, together with my colleague Dr. Marusik we decided to name one of our newly discovered species of Iranian spiders after Brian, in recognition of his wonderful job on the production of the podcast.

I am glad that the podcast has inspired at least a few people, and I am trying to help more people understand that dozens to hundreds of new species are described almost every day of the year. I want people to understand the process of biodiversity discovery and the lab and field work associated with that process. Most importantly, I hope that people recognize that we are losing species before we can even find them.

The new species is named Mesiotelus patricki and is a member of the family Liocranidae. Commonly known as spiny-legged sac spiders, this family is relatively poorly studied globally, with less than 300 currently recognized species; most liocranids are free-living ground-dwelling spiders that can be found within the forest litter and under rocks and stones, usually in well-vegetated habitats.

In the same paper, we also described a new genus and another nine new species of spiders from Iran. Among these, Brigittea avicenna was named after the preeminent Persian polymath Avicenna, while Zagrotes borna and Zagrotes parla were named using Persian given names, meaning “young” and “glowing”, respectively.

It is noteworthy that all of the specimens used in this study had been collected in the 70s by Austrian and Swiss zoologists, and had been sitting on museum shelves for decades, waiting to be “discovered” and formally described. This clearly demonstrates the importance of natural history museums and the value of their scientific collections, as major institutes around the world house hundreds of thousands of undescribed species that are just out there, waiting to be named. We hope that efforts like Brian’s podcast would bring more attention to taxonomy and discovery of new species, as more and more people and investments are indeed needed in this field to unveil the magnificent biodiversity of our planet.

Editor’s note: Alireza will be a guest speaker in L. Patrick Brian’s New Species Podcast this Tuesday, August 17, to discuss the ten new species of spiders he and Yuri Marusik discovered and published in the open-access, peer-reviewed journal ZooKeys. This is not his first appearance on the show – in May, he talked about another 17 new species of spiders he described. Other New Species Podcast highlights include booty-shaking peacock spiders, glow-in-the-dark caterpillars and a whole bunch of trapdoor spiders.