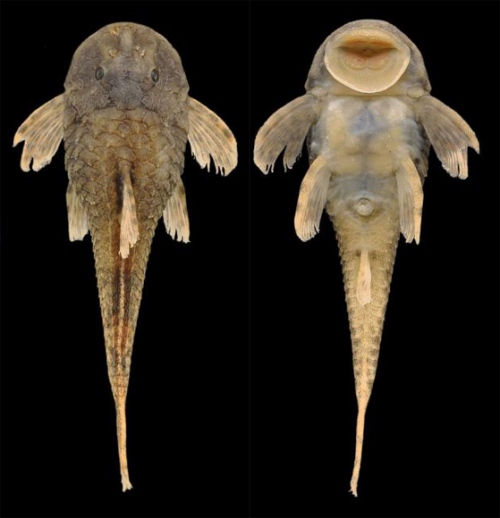 Scientists discovered a tiny new species of catfish in the waters of Rio Rio Paraíba do Sul basin, Brazil. The new species Pareiorhina hyptiorhachis belongs to a genus of armored catfishes native to South America where and found only in Brazil. These peculiar fish get their name from their strange elongated mouth barbels that remind of cat’s whiskers. The new species is distinguished from others species of the genus by the presence of a conspicuous ridge on the trunk posterior to the dorsal fin (postdorsal ridge). The description of the diminutive new species was published in the open access journal Zookeys.

On the other side of the scale is the wels catfish whose representatives can reach more than 2.5 metres (8.2 ft) in length and sometimes exceeded 100 kilograms (220 lb). This fish has been also recorded to feed on frogs, rats, mice and even some aquatic birds. Many of the large catfish species are farmed or fished for food thus being of significant scientific importance. Small representatives, on the other hand, are often used as aquarium decorative fish.