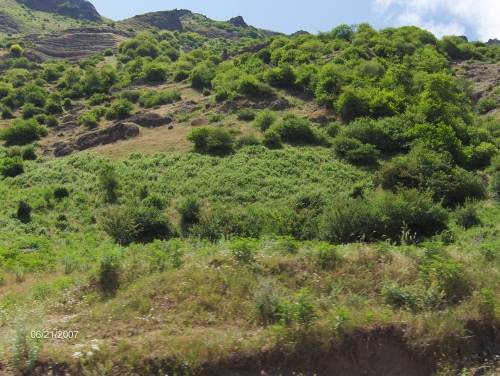 In terms of biodiversity richness, Iran is considered as an extremely complex area with wide ranges in the extremes of altitude, climate and temperature. The high biodiversity of the Iranian fauna is also the result of its location and the influences of four ecozones from North, South and South East. The rather high number of recorded endemic species of Fulgoromorpha in Iran indicates a high potential for speciation in some areas.

More than 200 species of Fulgoromorpha have been recorded from Iran since 1902. Representatives from 13 families among those have never been recorded from other parts of the world and appear to be restricted to the borders of Iran. The high endemism (nearly 50%) in the recorded fauna of Iran shows a high potential of speciation inside Iran. The study, published in the open access journal Zookeys, reveals distribution patterns and endemic areas for the endemic species of Fulgoromorpha in Iran.

The records of the endemic planthoppers of Iran have been accumulated during the recent 110 years. The nature of Iran, like any other land, has been exposed to various changes during this long period by events, such as agriculture, war, fire in woods and forests, overgrazing, urbanization etc. Therefore the presence of endemic species with a limited distribution and the possible extinction of some of them should be subjected to further investigations.