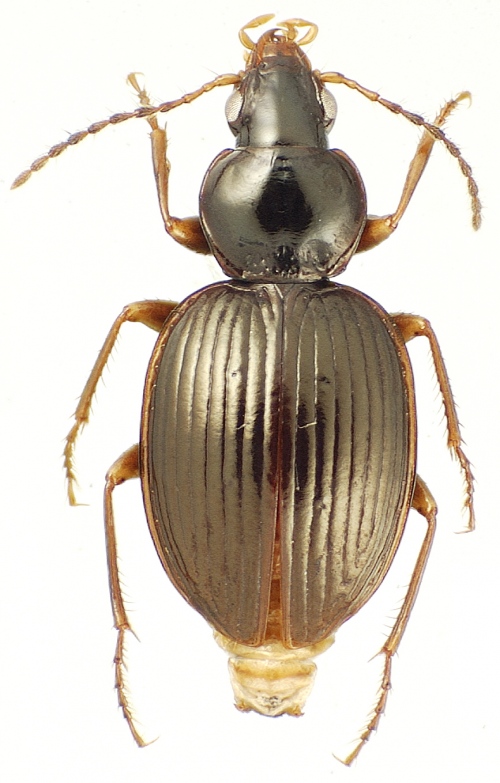 A collaborative biological survey that focused on the insects of French Polynesia has resulted in the discovery of over 100 tiny predatory beetle species in Tahiti, 28 of these species newly described in the open-access journal ZooKeys.

The predatory beetles range in size from 3-8 mm long, and have evolutionarily lost their flight wings, making them homebodies living in small patches of mountain forest. The author, James Liebherr of Cornell University, states: “It is exhilarating working with such a fauna, because every new locality or ecological situation has the high probability of supporting a species nobody has seen before.”

This adaptive radiation has evolved on an oceanic island less than 1.5 million years old, within an area of just over 1000 square kilometers. These beetles have diversified by speciating as fast as any animals worldwide, with each species estimated to last only 300,000 years before splitting into daughter species.

Tahiti’s geological history has much to do with this evolutionary rate, as these beetles prefer to live in rain forests on high mountains that have become isolated through extensive erosion that has produced the broad, low-elevation river valleys so characteristic of the island. Yet some closely related species live on the same mountain ridge, just at different elevations or in different types of habitat.

This level of specialization is what characterizes an adaptive radiation, where species exist within narrow ecological or geographic boundaries that mainland species would simply ignore or fly over. Yet this exuberant evolution may face a dark future, as invasive species from the mainland threaten the highly specialized island species. Predatory ants, such as the little fire ant, have invaded Tahiti, and have been recorded from some localities where native beetle species were collected by French entomologists in the 1970’s.

“Now that the 101 species of small predatory beetles currently known from Tahiti can be identified, field sampling can be used to evaluate their conservation status relative to alien threats.”, says Liebherr. Moreover he says: “Everybody who makes landfall on Tahiti, either by air or sea, should endeavor to disembark pest free so as to protect the many denizens of the mountain forests who make the native ecosystems work.”