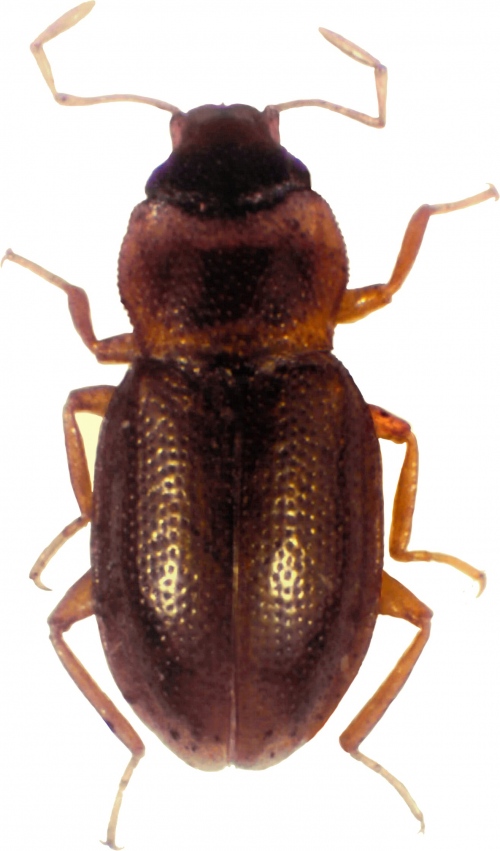 Metro Manila – the world’s 10th largest megacity and 6th largest conurbation, based on official statistics – is not a place one would normally expect to discover new species, even in a country that is known as a biodiversity hotspot.

In a 83-hectare green island amidst the unnatural ocean of countless man-made edifices, researchers of the Ateneo de Manila University have discovered a tiny new species of aquatic beetle, aptly named Hydraena ateneo. It was named after the University, a 154-year-old Jesuit-run institution that is recognized as one of the premier universities in the Philippines and in the region. The international open access scientific journal Zookeys has published the paper about the unusual discovery in its latest issue [329: 9 (2013)]. The publication of the fact is just timely, given that the university’s Department of Biology is celebrating its 50th anniversary this year.

During field training in November 2012, Biology students and a faculty member of the Department of Biology sampled small creeks, ponds, and pools in wooded areas within their sprawling university campus. The group found seven species of water beetles, of which one was a new record for the entire island of Luzon and another was Hydraena ateneo.

Arielle Vidal, at the time of the training enrolled in the Department’s B.S. Life Sciences program, says: “I was so amazed that there are new species even in the Ateneo Campus in the middle of Manila. Then I was sure that I wanted to write my thesis on a taxonomic topic.”, said Kimberly Go, her thesis partner, adds: “Then we pushed through and investigated a remote river catchment in Mindoro. We found several new species of the same genus there, too.”

Their thesis adviser and author of the recent paper, Associate Professor Dr. Hendrik Freitag, explains: “The Long-palped Water Beetles (genus Hydraena) are in fact one of the most overlooked and diverse genera of aquatic beetles. Only 14 species of this genus – all endemic – are known from the country by now, but many more wait to be named and described. All of them display these extremely enlarged palps of the maxilla. These are real mouthpart appendages and not the antennae. Those species that were found in the Ateneo campus must have re-colonized the area after the tree cover has re-established in the last 50 years and the small creeks began to flow again.”

Clister Pangantihon and Dr. Ronald Lagat, both facilitators of the “Philippine Aquatic Biodiversity Workshop” held at the Ateneo earlier this year confirm: “We found Hydraena ateneo also in the neighboring Province of Cavite during our workshop.” A few additional exemplars of the new species formerly collected in the Laguna Province were also detected among the copious collections of the Natural History Museum in Vienna, Austria, which houses the world’s largest scientific collection of water beetles.

The study has shown that small patches of semi-natural habitats amidst the densely populated and highly urbanized capital region can accommodate an astonishing assemblage of species. This will hopefully be an inducement to protect and extend such islands of urban biodiversity in the cities.

Nevertheless, this should not lead to the illusion that the ongoing dramatic loss of biodiversity in the Philippines can be reversed. A large proportion of endemic organisms are closely associated with primary forests. Therefore, it should be an ultimate priority for nature conservation to protect the last remaining rainforests in the country.

The Ateneo researchers are also very thankful to the Natural History Museum of Vienna, Austria from where additional specimens were made accessible for this study.