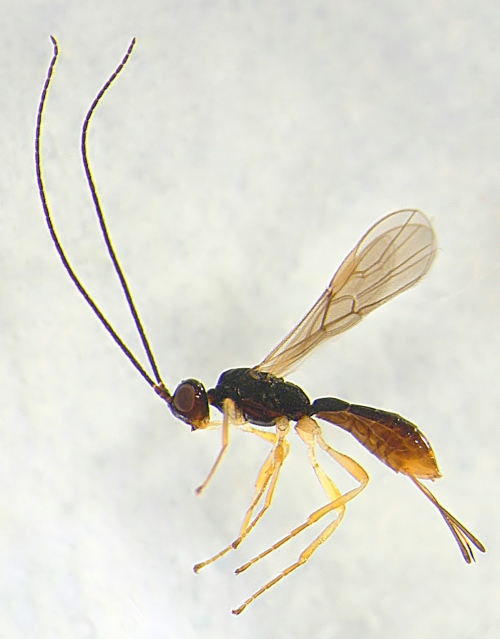 This is the second part of an extensive two-part study of the braconid subfamily Doryctinae from Costa Rica, the first part published In this part, the authors Paul M. Marsh, and Alexander L. Wild and James B. Whitfield, University of Illinois at Urbana-Champaign, describe a total of 286 species of wasps within the tribe, but reveal a possibility of additional 50-100 species to be added to the counts.

“If the numerous unplaced species in the unsorted specimens we have looked at are added to the above figures, the enormous diversity of this genus in such a small locality becomes obvious.” explains Dr Marsh. “We estimate that perhaps another 50-100 species could be added to the total to contribute to the astonishing biodiversity of Costa Rica.”

This study is remarkable in one more way, being the first large monograph incorporating hundreds of species to be automatically registered on ZooBank as a part of an innovative workflow implemented for the first time in zoology by ZooKeys. Why is this important? The automated registration saves many hours of manual work and reduces the risks of human mistakes in the data transfer.

The braconid family, to which the tribe described belongs, is a large and diverse group of parasitoid wasps. There are approximately 17,000 recognized species and many thousands more undescribed. Most braconids are internal and external parasitoids on other insects, especially upon the larval stages of beetles, flies and moths.

Parasitoid wasps often present some of the most extraordinary and morbid techniques to ensure larval survival within the host. Some harbor and introduce into the host specific viruses for compromising host immune defenses. The DNA of the wasp actually contains portions that are the templates for the components of the viral particles and they are assembled in an organ in the female’s abdomen known as the calyx. Members of two subfamilies, Mesostoinae and Doryctinae, to which the tribe described belongs, are known to form galls on plants.