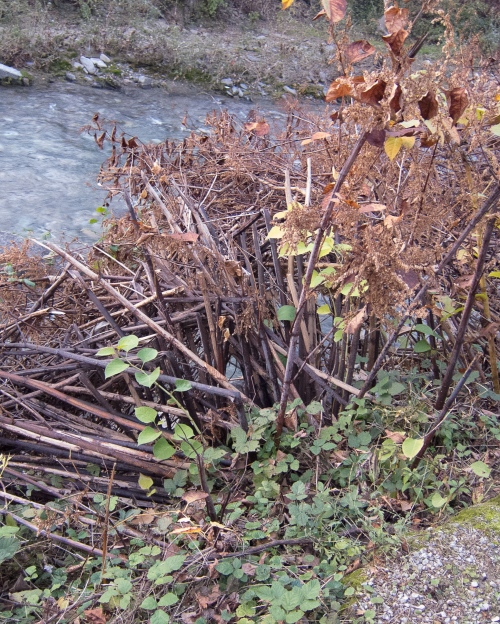 Some introduced (i.e. non-native) plants become abundant, threaten species richness and the well-functioning of ecosystems, the economy, or health (plant invasion). Environmental policies that attempt to restrict the expansion of non-native species are based on a consensus among scientific experts that invasions are a serious environmental problem. An example of a problematic non-native species in many parts of the world is Fallopia japonica, the Japanese knotweed that negatively affects river ecosystems.

A consensus among experts on the severity of plant invasions seems evident in many scientific and outreach publications. However, instead of consensus, a new study by an interdisciplinary research team at ETH Zurich (Switzerland) of psychologists and plant biologists found a wide range of different opinions among scientific experts about how to describe invasive plant species, and how severe their effects on the environment are. The study is published in the latest issue of the open access journal NeoBiota.

The researchers conducted 26 face-to-face interviews with a representative sample of German-speaking scientists working on plant invasions, or more generally on environmental change, in Europe. The interviews revealed that individual understandings of scientific concepts, uncertainties, and value-based attitudes towards invasive plants and their management diverged widely among these experts.

“Particularly, ambiguous definitions of the terms non-native and invasive (two key notions in invasion science) are a strong source of misunderstandings among scientists.” said lead author Franziska Humair, a doctoral student at ETH Zurich. Some of the study participants used a biological definition to discriminate native from non-native species (“species from a different biogeographic region”), while others referred to culture (“species not familiar to local people”). “Based on each definition, a different set of species is considered non-native in a particular country.” Ms Humair said. Equally, different experts considered different impacts by invasive species on ecosystems and their functioning for humans (ecosystem services) to be relevant. “These ambiguous interpretations of key notions and divergent assessments of impacts may then lead to conflicting risk assessments and pronounced misunderstandings, eventually impeding concerted management action.” concluded Ms Humair.