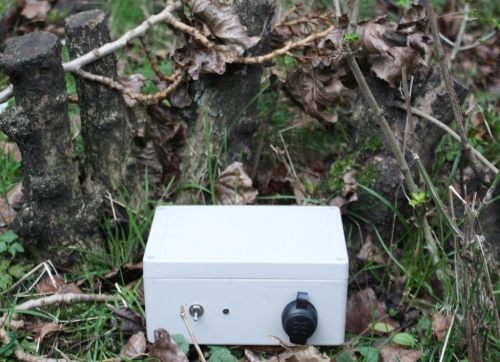 New technologies are changing the way we collect biodiversity data. Data that once required taking expensive, bulky and fragile equipment on field trips can now be collected on cheap, compact and robust devices. In a recent paper in the Biodiversity Data Journal the construction of an environmental data-logger using the Arduino platform is described. It is hoped that this work will encourage the adoption of new data collection technologies by biodiversity scientists and foster new collaborations with both electronics hobbyists and electronics engineers who have an interest in biodiversity.

The Arduino platform (a microcontroller device designed to make interactive prototypes at low cost) provides a low-cost and customizable alternative to expensive proprietary data loggers and sensors. We increasingly rely on citizen scientists to collect the data at the core of our science, in particular the network of biological recorders who provide much of our knowledge on the changing distribution of species. Many of these people are interested in using technology to maximize the value of the data they collect, but don’t have the financial or technological resources to make full use of the opportunities technology provides. Projects such as the one described here will enable wider access to the latest technologies.

In recent years biodiversity science has made use of increasingly large datasets, from the global collection of specimen and observation data in the Global Biodiversity Information Facility(GBIF) to monitoring changes in habitat and vegetation using data from satellites. Technologies such as those described here will add value to traditional biodiversity studies, and increase their use in aiding us to understand species and how their interact with their environment.

“The introduction of easy-to-use micro-controller devices such as the Arduino brought working with digital electronics to a broader audience.” comments the author Ed Baker. “There is great potential for the biodiversity community if we collaborate with knowledgeable ”hackers” and ”makers” as citizen engineers in the same way we interact with knowledgeable amateur natural historians as citizen scientists.”