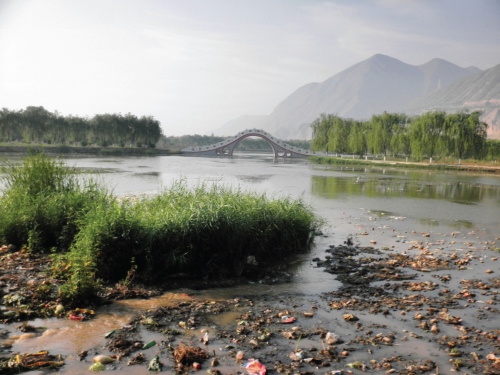 China, from 2015 the world’s biggest economy, is its worst polluter already now. It has not yet, but will be most probably climbing the top position also with regards the aggregate contribution to climate change (historical emission residues included), called the climate debt. At the same time, it is the largest victim of environmental change, and the leading country in cleaning-up the environmental mess – the government has taken bold steps towards improvement. Could the largest polluter become the world’s last best hope for establishing a global ecological civilisation?

Dr. Joachim H. Spangenberg from the Helmholtz Centre for Environmental Research (UFZ) seeks the answer to this question, analysing the ranking of China and other main agents regarding fossil fuel production, trade and consumption, climate and environmental policies, and the resulting climate debt of countries. In a recent paper published in the open access journal BioRisk he finally suggests 3 fields for action which would permit China to start reducing not only its climate footprint bit even the accumulated climate debt within the next decade.

The anthropocene is the age where human influences are determining the development of the planet’s ecosystems and thus the bio-physical basis of future human civilisations. As the world’s largest economy China is the world’s largest consumer of all kinds of resources and is also the worst polluter, with per capita greenhouse gas emissions surpassing those of EU citizens.

However, the country is not only a culprit in this bleak situation. China is also the world’s largest victim of environmental change, including air and soil pollution, water and land scarcity, biodiversity loss and climate change.

“Not only slowing down the increase but reducing emissions should be a top priority for China, and it is: the government has taken some bold steps.” comments Dr. Spangenberg.

China is currently the world’s largest investor in renewable energies, has the largest afforestation program, and leads the world in energy efficiency improvements. As the largest polluter it has extraordinary opportunities to improve the global state of the environment and is perhaps the world’s best hope for establishing a global ecological civilisation.

However, despite the magnitude of efforts they are not yet sufficient. “We suggest three additional steps which could help China to begin reducing its climate debt within a couple of decades, define a long term perspective for policy planning and adjust its growth model to the challenges of the anthropocene.” explains Dr. Spangenberg.

The author suggests a revised Methane strategy as a short term measure towards reducing China’s climate debt. Another measure outlined is capping the consumption of fossil fuels to limit greenhouse gas emission. And last but not the least the study suggests a new growth model for the Chinese economy where de-growth will happen by design in a socially and environmentally benign way, rather than by environmentally triggered disaster.

“Any country aspiring a leadership role in 21st century should be aware that the majority of humankind will be negatively affected by climate change. A country that is causing havoc on their lands and people will lose the legitimacy of any claim for leadership, regardless of its economic or military strength. Thus for social, economic, environmental and geopolitical reasons, a rapid transition towards a sustainable economy, making use of all available means, is an urgent necessity, for Europe, the USA and not least for China.” summarizes Dr. Spangenberg about the urgency of effective measures.