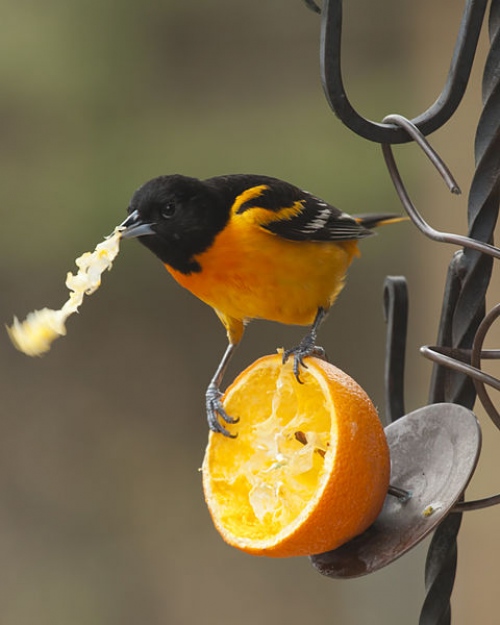 Avibase gives an answer for shifting meanings of biological names

Standardized scientific names for biological species have been in use for nearly 300 years, but – as global biodiversity databases grow deficiencies such as duplication and various name meanings become obvious. A new study published in the open-access journal ZooKeys explains how Avibase, an extensive online global database of birds, is able to successfully address issues related to this multiplicity of meanings, and to organize both scientific names and their definitions on an unprecedented scale.

For nearly three centuries, biologists have relied on standardized scientific names to describe the natural world and to communicate with colleagues from around the world. A scientific species name such as Gallinula chloropus is understood universally to refer to the animal English-speakers refer to as the Common Moorhen. However, if you generate a map of all Gallinula chloropus (Common Moorhen) distribution records available globally before 2011 and after 2011, you may conclude that the species recently all but disappeared across a large part of its range in a few years, particularly in North and South America. If you were familiar with bird taxonomy, you might know that this was not the result of some catastrophic population crash, but rather due to a taxonomic revision by which birds in the Americas are now considered a distinct species called Gallinula galeata.

This simple example illustrates that there are cases when a scientific name is not enough, and some additional knowledge is required to make a correct interpretation. And the problem is widespread: Even in a well-studied group like birds, species names change spelling and meaning surprisingly often. Between 1970 and 2013, the Clements’ Checklist of the Birds of the World changed about 34% of its names, and 931 species (about 9% of all bird species) have changed meanings without any change in name.

One solution to this problem of just relying on names is to use so-called taxonomic concepts, which solve the issue of imprecision by pairing each use of a scientific name with a citation to a particular source that defines a particular meaning for it. However, it remains challenging to determine how taxonomic concepts are related to each other and what they mean in real life. How can someone know whether two usages of the name Gallinula chloropus actually refer to the same population or not?

A new study published in the open-access journal ZooKeys explains how Avibase, an online global database on birds, has developed unique solutions to some of these problems, and explains how these solutions could be applied to other taxonomic groups. Avibase organizes species information by explicitly considering taxonomic concepts, which pair scientific names with the citation defining the particular meaning of that name. Avibase’s key accomplishment has been to create a comprehensive database that maps the relationships among 125 different taxonomic sources created and used by biologists, representing over 1.7 million species and subspecies taxonomic concepts, and to do so using a relatively simple design. Avibase is the first example of a database that successfully relies on taxonomic concepts to organize scientific names for an entire taxonomic group. One of the advantages of the approach used by Avibase is that it does not require any significant changes from the current practices of users of taxonomic names, except to name the taxonomic authority that they follow.

Dr. Denis Lepage, Senior Scientist at Bird Studies Canada, created Avibase and has been its curator for the last two decades. According to Dr. Lepage:

“The need to rely on taxonomic concepts in Avibase grew naturally from the need to organize names used by different sources that fundamentally referred to distinct populations. Even though Avibase wasn’t initially created to address this particular problem, I quickly realized that relying on names alone presented significant problems, and that I needed to find reliable solutions to address them in order to achieve what I had set out to do. Avibase provides a demonstration that taxonomic concepts can be used on a large scale to address the problems of scientific names, for birds or for any other taxonomic group.”

While there is still much to do to make a complete transition from scientific names to taxonomic concepts, even for birds, it is also important that all users start to appreciate the limitations of scientific names as they were originally designed, and start making the transition towards using taxonomic concepts. While the issues of scientific names appear manageable on a local scale, they become increasingly challenging as the volume of data and names in global database continue to grow. With greater awareness of these limitations, and better tools such as Avibase to understand relationships among concepts, these problems can be overcome.

The Baltimore Oriole (Icterus galbula), formerly known as the Northern Oriole, is one of thousands of species for which the scientific name offers a less than perfect solution for referring precisely to biological organisms. (Credit: John Kees)