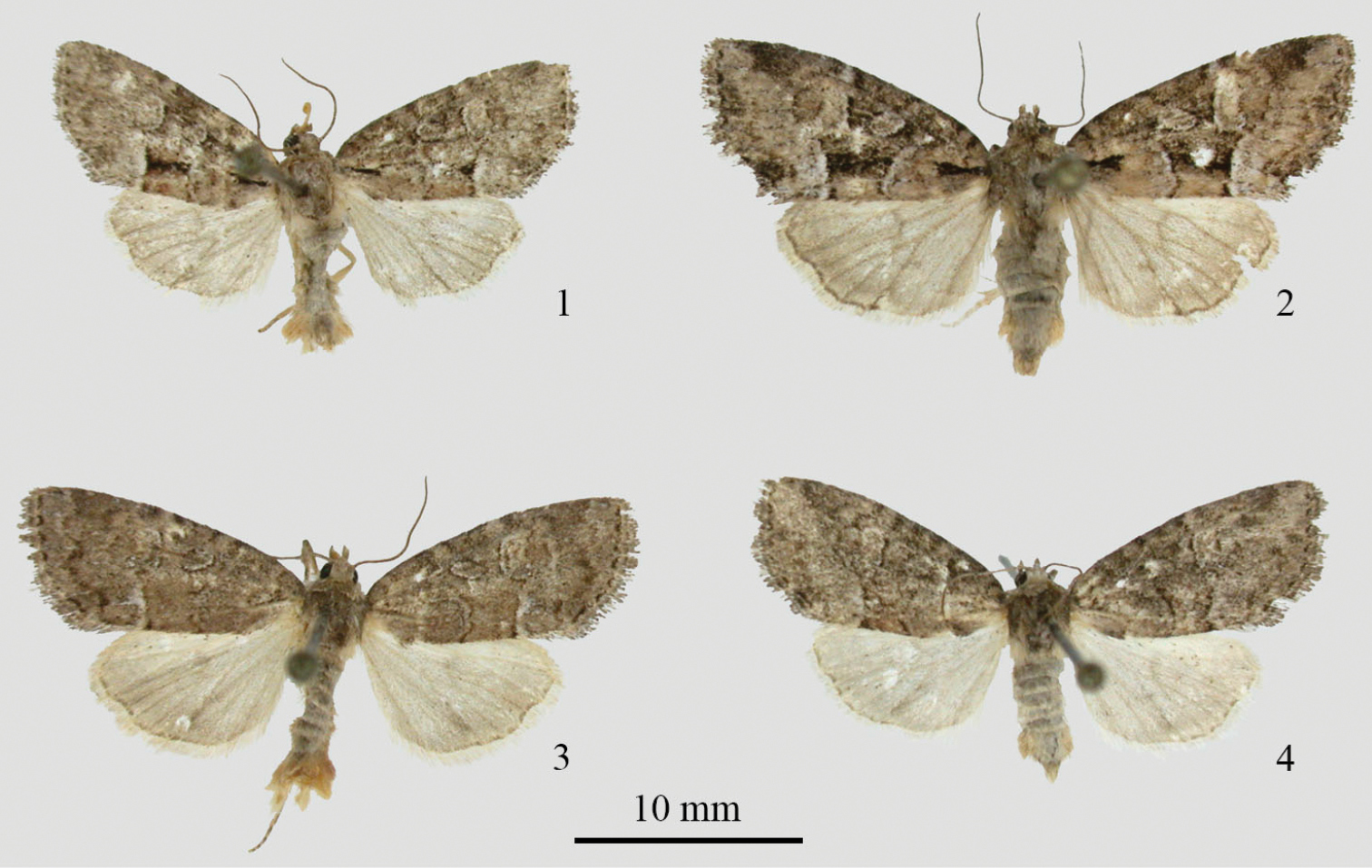 A small, drab and highly inconspicuous moth has been flitting nameless about its special niche among the middle elevations of one of the world’s oldest mountain ranges, the southern Appalachian Mountains in North America. A team of American scientists has now identified this new to science species as Cherokeea attakullakulla and described it in a special issue of the open access journal ZooKeys.

In all probability, it has been frequenting these haunts for tens of millions of years before the first humans set foot on this continent, all the while not caring in the least that it had no name or particular significance.

Among the first humans to occupy those misty ridges now called the Great Smoky Mountains in what is today western North Carolina and eastern Tennessee were not Europeans, but native Americans, and they called themselves the Cherokee. It seems unlikely they had a name for this particular small creature, or distinguished it from tens of thousands of other insect species which constitute only a portion of the fauna and flora of this richly endowed region, but they shared their new home with it, and lived in harmony with all the creatures of the Appalachian forest.

In 1958 a professor from Cornell University, Dr. John G. Franclemont, was studying some of the insects he collected at the Highlands Biological Station in Macon County, North Carolina and recognized one or two specimens as something different. None were seen again for four decades until Dr. J. Bolling Sullivan III, now a retired biologist formerly working with the Duke University Marine Lab in Beaufort, North Carolina, encountered numbers of this same insect while conducting biological inventories in the mountainous regions of the western part of the state.

Recently he teamed up with Eric Quinter, a retired entomologist from the American Museum of Natural History in New York City, who for several decades has been studying the group of moths to which this species belongs. Eric’s intensive work in the southeastern United States focused on a unique habitat there, called canebrakes. He has revealed the presence of at least two dozen species of moths and butterflies, many unknown to science, whose caterpillars either exclusively feed upon or are associated with the native bamboo species constituting these canebrakes.

The result: in 2014 this little moth finally has an epithet even larger than itself – Cherokeea attakullakulla – named to honor the Cherokee Nation, whose members were exemplary stewards of the habitats and resources of the region, and also to honor one of their most revered leaders, Chief Attakullakulla, who in 1730 travelled to London and throughout the Carolinas to represent his peoples in the negotiation of various treaties.

“Fortunately, today much of this wondrous place and its extraordinarily diverse biota remains preserved as the Great Smoky Mountains National Park, and the memory of those who first settled there remains immortalized in a tiny creature oblivious to it all.” comments Dr. Eric Quinter.