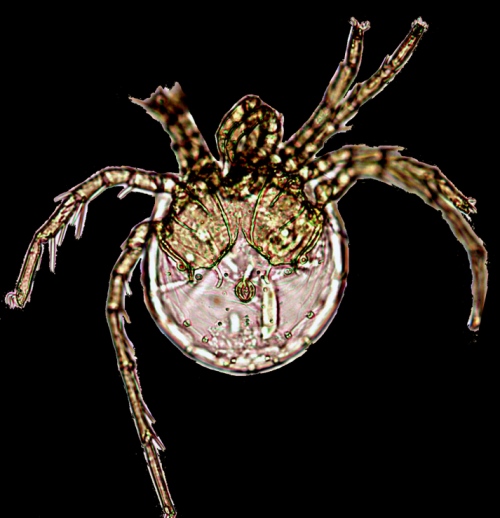 During a recent survey of organisms collected from Bajo de Sico, a mesophotic coral reef ecosystem in Mona Passage off Puerto Rico, one pontarachnid mite species new to science was discovered. The new species was named after the famous Puerto Rican singer Jennifer Lopez. The study was published in the open access journal ZooKeys.

“The reason behind the unusual choice of name for the new species”, explains the lead author Vladimir Pešić, Department of Biology, University of Montenegro, “is that J.Lo’s songs and videos kept the team in a continuous good mood when writing the manuscript and watching World Cup Soccer 2014.”

Pontarachnid mites represent widely distributed but still unstudied group of marine animals. Nothing is known about the life cycle of these animals. The new mite species was collected from nearly 70 m depth, the greatest depth from which Pontarachnid mites have been found until now.

Mesophotic coral ecosystems (MCEs), like Bajo de Sico where the new species was found are light-dependent habitats dominated by macroalgae, sponges and scleractinian corals and are found on the insular and continental slopes of Caribbean islands between 30 and 100 m. Even at the lower depth range (70-100 m), there is enough light for photosynthesis to take place enhancing the growth of several scleractinian coral species and algae.

The MCEs of Puerto Rico represent a potential biodiversity hotspot for marine arthropods.