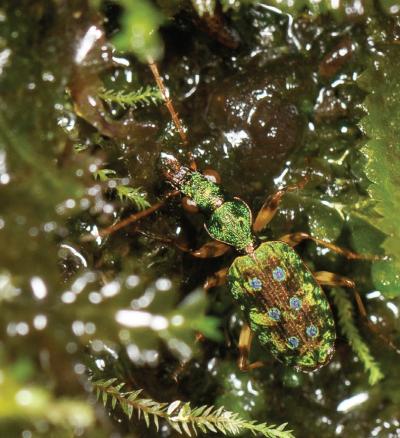 An extensive study by Smithsonian scientists presents a synopsis of the carabid beetle tribe Lachnophorini. The research contains a new genus and the remarkable 24 new species added to the tribe. The study was published in the open access journal ZooKeys.

Beetles from the family Carabidae, commonly known as ground beetles are a large, cosmopolitan group, with more than 40,000 species worldwide, Carabid beetles range in size from 0.6 mm to 90.2 mm and occur in nature in several fractal universes influencing life therein as predators, ectoparasitoids, seed eaters, and even fungal mycelia feeders in a multitude of ways.

Understanding the impact of this beetle family’s importance across a multidimensional landscape in a cascade of fractal universes is our biodiversity challenge for the 21st century for one of insects’ most diverse families.

“For a fairly large and diverse Tribe of Carabidae with markedly interesting body forms and divergent ways of life, the Lachnophorini have all but been largely ignored by carabidologists until now. This new study establishes the groundwork for more refined studies aiming for a better understanding of the diversity of the species and the evolution of the tribe in order to have a finer awareness of the next smaller fractal universe for the Carabidae family, if we are truly to understand it.” explains one of the authors Laura Zamorano, research student at the National Museum of Natural History, Smithsonian Institution.

This research is the beginning of series of steps towards the provision of taxonomic relationships of carabid beetles. For the near future the path forward to be followed will lead to an attempt, using morphological and molecular attributes to provide a firm basis for firm classification.