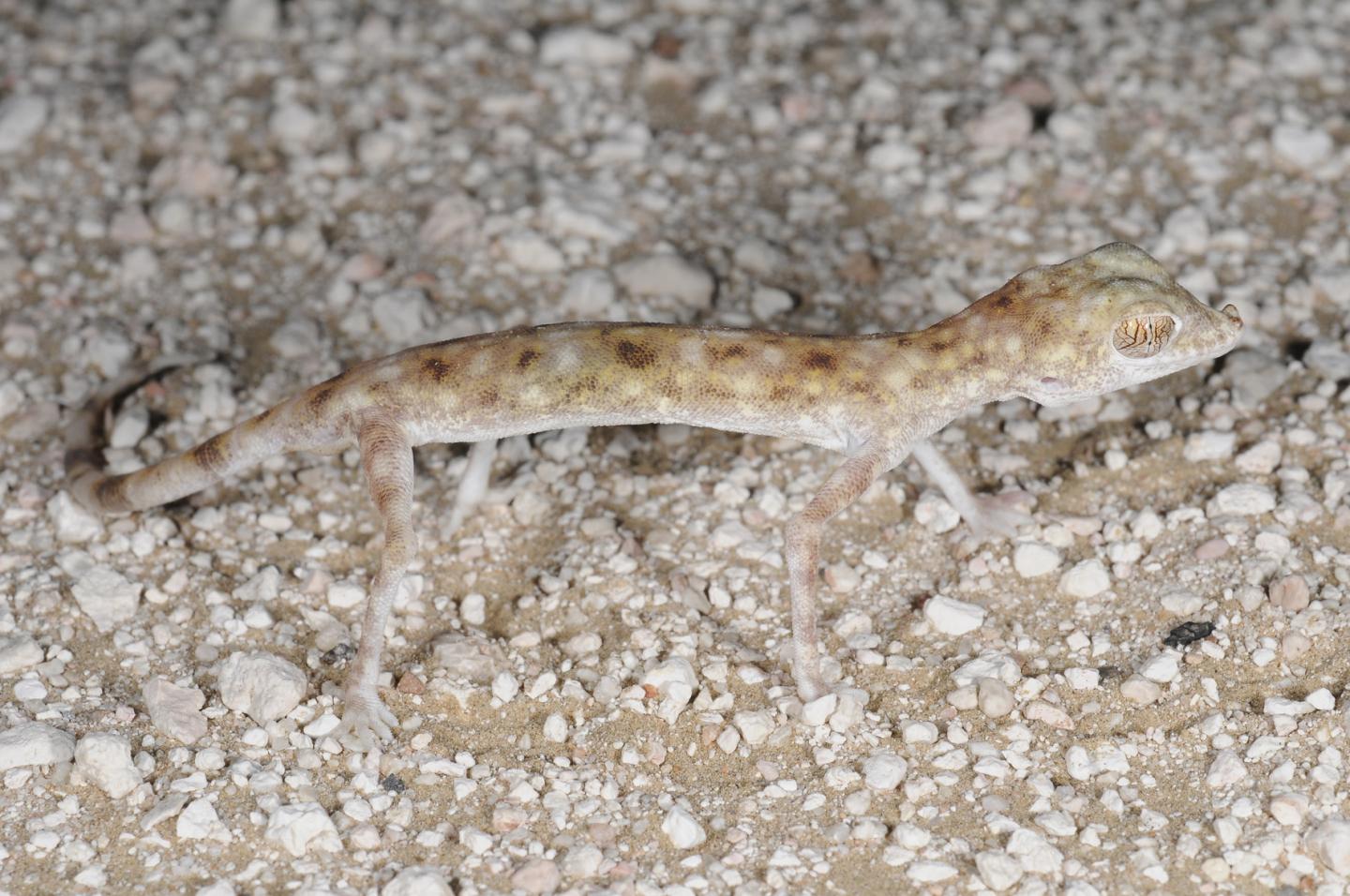 The Gulf Sand gecko is a remarkable desert reptile in that it is the only lizard found habitually on sabkha substrate across large parts of the eastern Arabian Peninsula. These arid salt flats constitute one of the harshest habitats on earth, due to their extraordinary salinity.

The Gulf gecko, Pseudoceramodactylus khobarensis, belongs to a genus with a single species, and it is well adapted to this substrate featuring spiny scales beneath the fingers, long extremities and swollen nostrils.

Data on its distribution range showed a conspicuous gap between eastern United Arab Emirates and coastal Oman, across a distance of more than 450km. Yet previous research had shown that genetic variability was relatively low for this gecko species.

During a recent fieldtrip in Oman, an international team of herpetologists, led by Dr. Salvador Carranza of the Institute of Evolutionary Biology in Barcelona, visited this area, almost devoid of vegetation аs well as access roads and tracks, and was able to spot for the first time specimens of this exceptional gecko in inland Oman. These localities, situated almost 250 km, east and west, from previously recorded occurrences fill in the distributional gap for this species and help to better understand the genetic and morphological variability patterns observed. The study was published in the open access journal Biodiversity Data Journal.

The researchers have analyzed genetic data for several specimens of the species and their results indicate that there is connectivity between populations inhabiting different parts of the Arabian Peninsula.

“We were really surprised to find this species so far away from the coast, where the only records for Oman were known. But the habitat was indeed ideal for them: vast salt flats stretching between elongate sand dunes” said Dr. Margarita Metallinou, first author of the study. “We realized that the lack of records was simply due to the extremely difficult accessibility to this area”. This artifact, common in biodiversity studies in little known parts of the world, can severely distort our understanding of species diversity.

In the case of the Gulf gecko, the findings of this work confirm that this species probably inhabits larger inland areas than we currently know of.