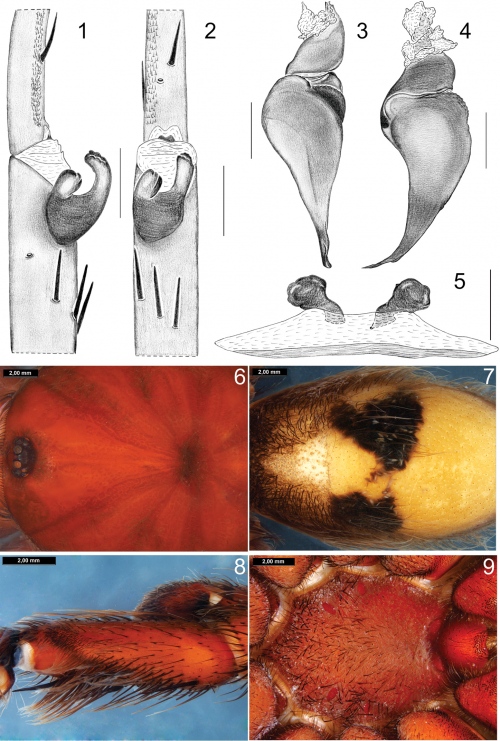 A newly described tarantula species from Western Brazilian Amazonia was named Bumba lennoni in honor of John Lennon, a founder member of the legendary band the Beatles. The new species is part of the tarantula family Theraphosidae which comprises the largest spider species in the world. The study was published in the open access journal ZooKeys.

The name of the new species came across when the authors of the study Fernando Pérez-Miles, from the University of the Republic, Uruguay, and Alexandre Bonaldo and Laura Miglio, both from the Museu Paraense Emilio Goeldi, Brazil, found out that they are all great fans of the Beatles music.

The genus, Bumba, which is proposed as replacement of the old one Maraca, already taken and used for Orthoptera, also has a story behind the choice of name. The new name is taken from Brazilian theatrical folk tradition of the popular festival called Boi-bumbá (hit my bull), which takes place annually in North and Northeastern Brazil.

The new species, as other tarantulas, has defensive urticating hairs on the abdomen which produce irritation upon contact with the skin or sensible tissues.

The specimens used in the study were captured manually or in traps during the night in Caxiuaná, Pará, Brasil, which suggest they could be mainly nocturnal animals.