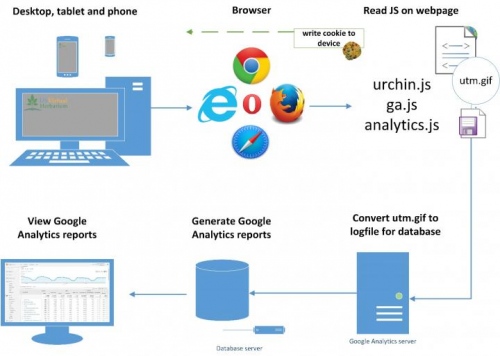 Today’s herbaria, as well as all other collections-based environments, are now transitioning their collections data onto the web to remain viable in the smartphone-in-my-pocket age. A team of researchers have examined the importance of these online plant-based resources through the use of Google Analytics (GA) in a study that was published in the open access Biodiversity Data Journal (BDJ).

The amount of plant biodiversity resources freely accessible has exploded in the last decade, but validating an impact factor for these web-based works has remained difficult. A new paper examines usage trends across 15 different GA accounts, which are spread (via consortia) across 451 institutions or botanical projects, comprising over five percent of the world’s herbaria. As it turns out, the data are more glamorous than just the deceased plants on a shelf.

The 15 plant data websites examined showed widespread usage, each one visited by users in over 100 countries, and some in over 200 countries, totaling 4.5 million sessions in the past year. Usage is not restricted to desktop computers either; access on mobile and tablet devices has been growing steadily on all sites examined, indicating that these sites are not only useful to people when they’re in their offices.

According to Jones, the most interesting discoveries in this study was determining “what not to do.” Among the most common GA mistakes were, “not knowing who owns the GA account, copying one GA code across different institutions and/or continents resulting in a global miasma of information, relying on one institutional GA code from front-door to back-door; meaning it tracked book-your-wedding information as well as specimen data, only deploying GA on the main page of a site, and ignoring the growth of mobile traffic”.

Online plant databases can facilitate the democratization of botanical information through their availability, via open information that exceeds the speed of retrieval from a cabinet or bookshelf. Plus type specimens, no longer need to be shipped back and forth across the globe; thereby limiting wear and tear to important biodiversity objects. And importantly, all researchers can now share equal access globally, without travel, to a well established model at kingdom level.