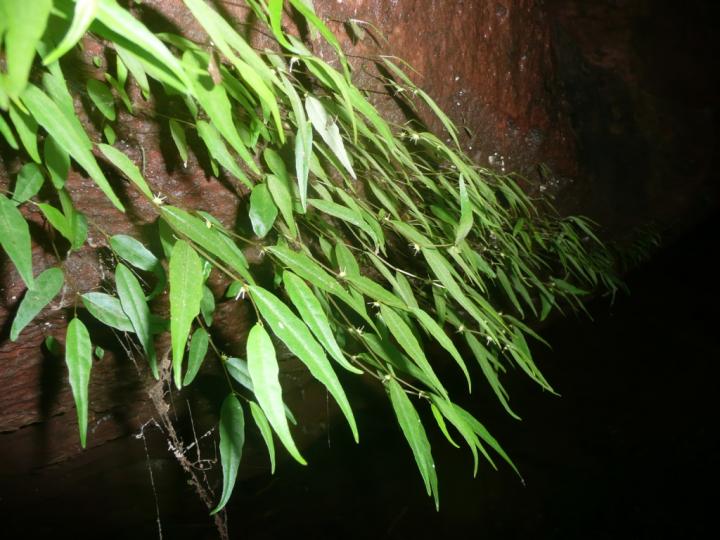 WCS scientists in the Democratic Republic of Congo (DRC) have discovered a new species of plant living in a remote rift valley escarpment that’s supposed to be inside of a protected area. But an administrative mapping error puts the reserve’s borders some 50 kilometers west of the actual location. Now the new species, along with 900 other plant varieties and 1,400 chimpanzees, are in limbo with no protection and threatened by cattle ranches and forest destruction. The study was published in the open access journal PhytoKeys.

This astounding announcement was made at the 2014 IUCN World Parks Congress in Sydney, Australia – a once-in-a-decade global forum on protected areas.

The newly discovered flowering plant species Dorstenia luamensis is supposed to be named for its home – the Luama Katanga Reserve, a protected area established in 1947 near Lake Tanganyika. But during DRC’s civil wars, administrators in the government and the World Conservation Monitoring Center have confused the reserve’s location, placing it on maps far from its true location.

“The moral of this story is that keeping track of parks – and especially getting maps and boundaries correct – matters hugely for biodiversity. The call to action here is to fix the records and re-protect the reserve before this unique plant and all the biodiversity it contains, including 1,400 chimpanzees, are destroyed,” said James Deutsch, WCS Vice President of Conservation Strategy.

WCS scientists discovering the new plant species say it is restricted to just a few cliff faces found inside of the former protected area.

The true location of the reserve was adjacent to a globally important biodiversity hotspot called Kabobo, which is proposed as a new protected area (NGAMIKKA). This makes it even more important that the proper, old reserve be reinstated in order to safeguard the conservation landscape and the corridors between the two.

Said Andrew Plumptre, WCS Director of the Albertine Rift Program: “There is a real need to re-gazette the correct reserve as it is biologically important, and also because people are starting to move into it and cultivate it and graze cattle there. The reserve this plant was named after no longer exists because of an error from both WCMC and the government not checking their maps correctly.”