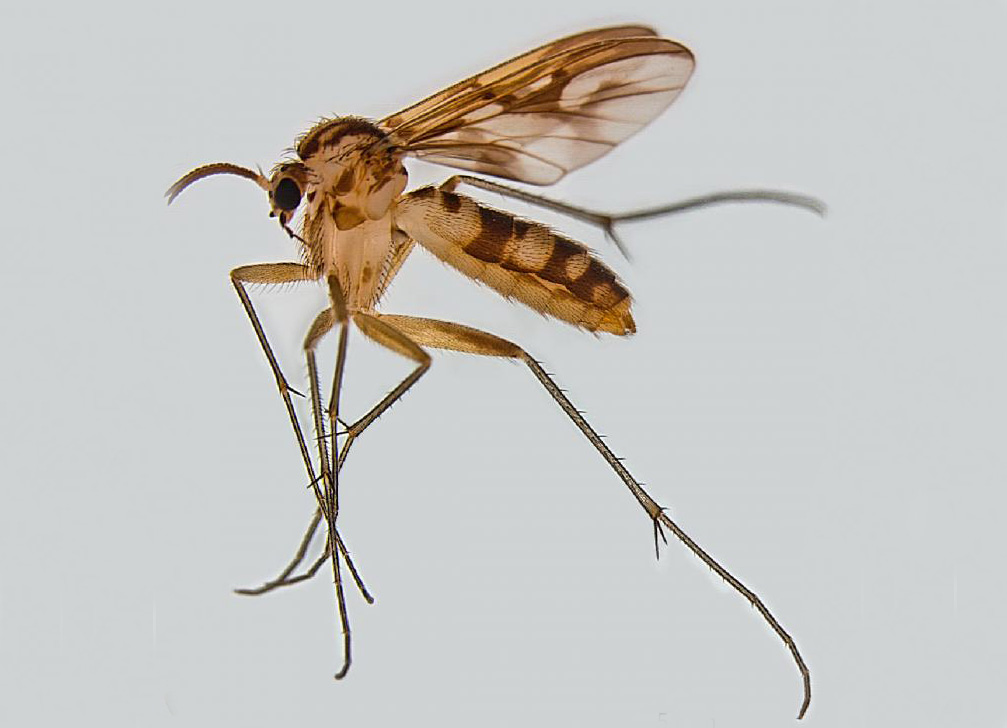 A team of researchers from Brazil and Canada has found a South American example of interactions between a group of flies and the mushrooms they feed on as larvae. Though this group of flies has more than 1,100 species known from South and Central America, this is the first report of a species from the family being reared from, and associated with, a host fungus from the South America. The study was published in the open access journal Biodiversity Data Journal.

Even with the large amount of recent research on South American biodiversity, there are still large areas of study that remain unexplored. The natural history and diversity of the mushroom eating fauna (i.e., fungivores) in the region falls into this category.

“Unlike in places like Europe, there has been very little exploration of the fungi inhabiting animals of South America” says Chris Borkent, Postdoctoral researcher at the California State Collection of Arthropods, Sacramento, CA.

Mushrooms and other forms of fungi represent a short-lived shifting habitat that must be quickly found and exploited by the organisms that use them. However, we have very little understanding of how these animals find and use the mushrooms, and what the diversity of this miniature ecosystem is.

One important group of fungal feeder are the fungus gnats, a group of ~4500 species of small flies whose larvae infest mushrooms the world over. These larvae serve in turn as the prey for various other animals, as well as hosts for a suite of parasites and parasitoids.

This also allowed the different life stages to be studied, providing insights into how this species feeds and goes through its metamorphosis.

“Due to these promising first results we are actively collecting other mushrooms and rearing out the larvae within” says Oliveira. “We have already found several records of different species and are planning to continue this effort in order to make linkages between different groups of fungus gnats and mushrooms.”

The dynamics of modern forests are deeply dependent on the life and activity of the fungi and their associated ecosystem.

“In the long run”, mentions Dalton de Souza Amorim, Senior Professor at the Departamento de Biologia, Universidade de São Paulo, Ribeirão Preto, Brazil, “understanding the evolution of the relationships between fungus-gnats (and other fungivores) and the fungi themselves helps us understand the evolution of temperate and tropical forests over the last 145 million years..”

The future of mushroom ecosystem study in South America is wide open for exploration!