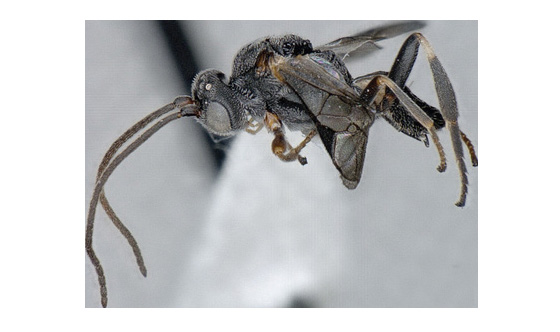 Dr. Jose Fernandez-Triana and his team revised the wasp genera Microplitis andSnellenius, which at time have proven to be difficult to recognize. Their findings provide new evidence for them being separate genera. The scientists also added as many as 28 new species of moth predators between the two groups.

During the research they used species from the Area de Conservacion Guanacaste (ACG) in Costa Rica as well as previously published detailed data. As a result, the biologists managed to make their suggestion about the relation between the different species and their hosts. The study can be found in the open-access journal Deutsche Entomologische Zeitschrift.

Belonging to one of the main groups of parasitizing caterpillars subfamilies, the wasp genera of Microplitis and Snellenius are quite unique in comparison to their relatives. However, some of the species from the two presently studied groups are almost identical physically. Therefore, the scientists needed to turn to ecological, biological and molecular characteristics in order to define all of them as separate taxa.

Dr. Fernandez-Triana and his team’s research was one of the first to look into the tropical populations of the Microplitis and Snellenius genera. Their work answered another unresolved question: all species from the two studied genera that live in the tropical region of Costa Rica have thick hard cocoons and most of them spend the dry months inactively in them.

Another long-argued problem has been the dependency between the localities of each genera and their specialised hosts, as it’s been concluded that they are highly selective. Although in their present study the scientists admit that additional Neotropical areas need to be studied, they have concluded that all of the species are “unambiguously specialists,” feeding on one or a few related species exclusively. Some of them are actually so specialised that they are restricted to a particular habitat or have been collected only at specific times of the year.

Specimens of the new species can now be seen in some of the most reputed natural museums, including the Smithsonian’s National Museum of Natural History, Natural History Museum of London and the Instituto Nacional de Biodiversidad in Santo Domingo, Costa Rica.