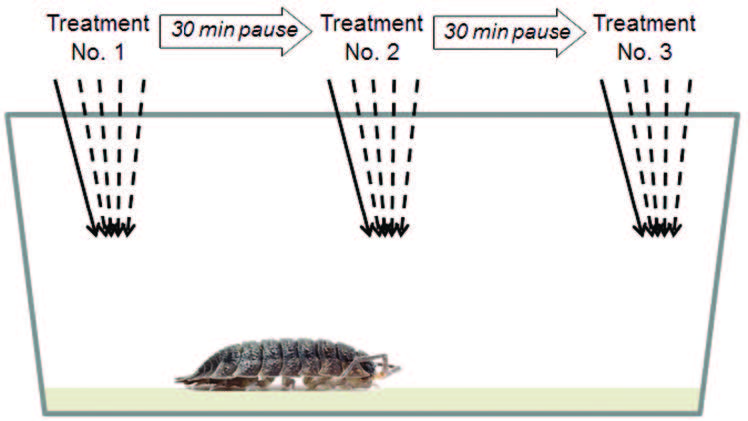 Unlike larger animals and even other invertebrates, the theory for the presence of personality traits in terrestrial isopods had not been studied before the research conducted by Dr. Ivan Tuf’s team.

Known to react to an external impact with varying in its duration death feigning, or tonic immobility, several hundreds of Common rough woodlice were observed while responding to random sequences of touch, squeeze and drop. When compared, the results showed there is in fact a significant individual pattern of defensive behaviour. The study is published in the open-access journal ZooKeys.

In order to prove that the tested P. scaberwoodlice actually possess personalities, the scientists had to look for repetitiveness in their reactions to external impacts. Over the three-week observations, consisting of five experimental sets and four-day breaks, Dr. Tuf and his team recognised consistency in the reactions in the individuals. They even managed to identify some of them as “more ‘bold'” and others – “more ‘shy’.”

However, a number of other factors were found to influence the woodlice’ protective reactions such as habituation and body size. Ten minutes in a particular environment proved enough for a woodlouse to habituate it. As a result, their sensitivity towards the same stimuli decreased.

Similarly, it was not as noticeable with the larger specimens. Unlike their tinier relatives, they are capable of using chemical protection due to their better developed physiology. Nevertheless, the longest reaction time being measured in a medium-sized woodlice proves that body size is not of such importance.

Yet, it is still unclear whether the woodlice’ behaviour changes over time. If such a trend is present, then their reactions to the external stimuli is also likely to change.

“Investigation of long-time stability of behavioural traits in terrestrial isopods should be a possible goal of future studies,” the scientists suggest in conclusion.