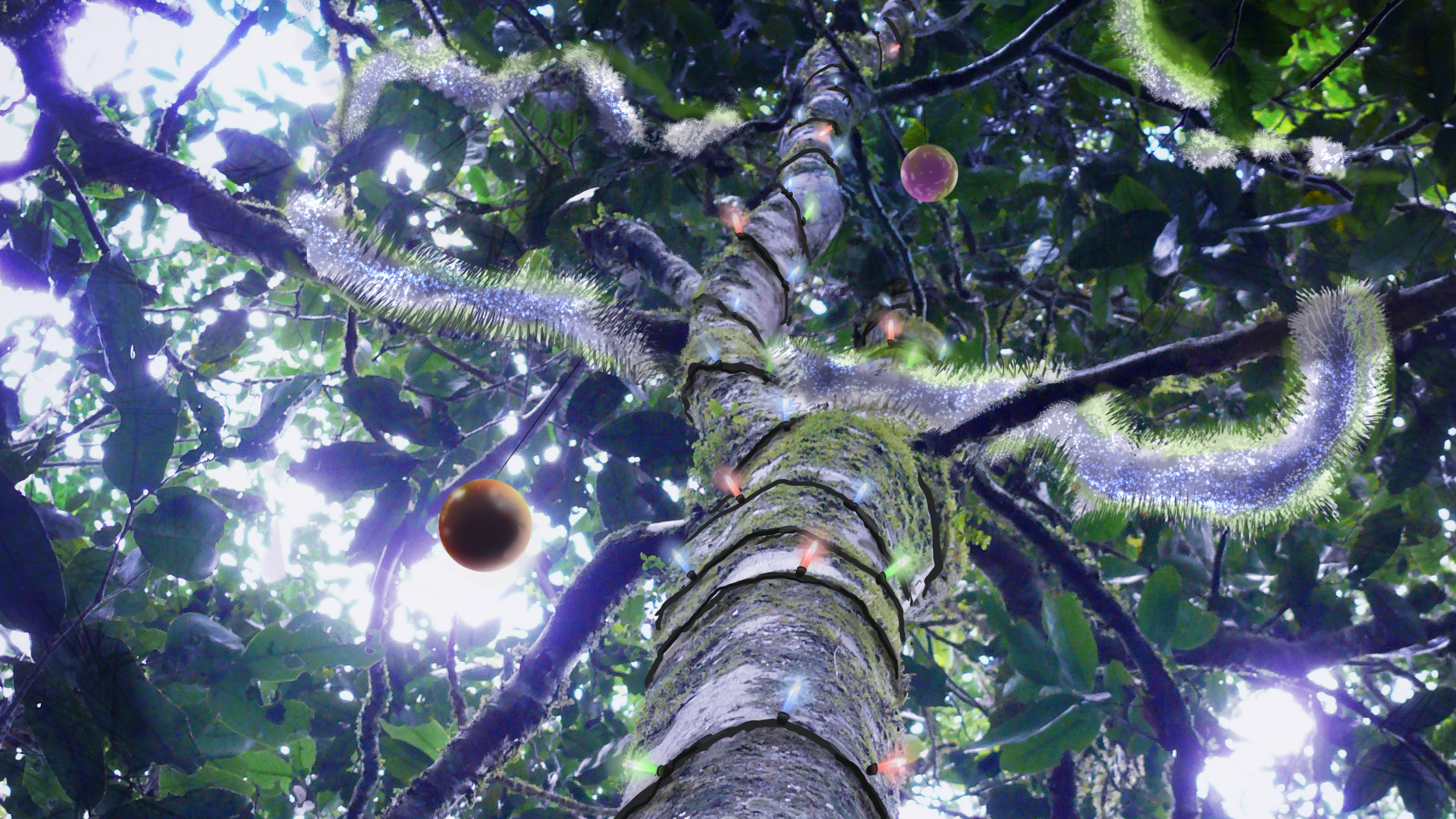 Every new species is given a name, but usually this privilege remains with the scientists who discovered it. Now, Dr Andy Marshall*, Senior Lecturer in York’s Environment Department and Director of Conservation Science at Flamingo Land, gives up this right to his latest discovery in order to colleges and schools the opportunity to have a unique new Tanzanian tree species named after them, while raising funds to protect tropical forest biodiversity. Watch a video about the initiative.

Schools can take part in the competition until March 30th 2016, and what is a better time to start fundraising than Christmas!

Finding a new tree species is not an easy job, but to Dr Andy Marshall it came as a providence. In June 2011 while the scientist was surveying a remote forest in the Udzungwa Mountains of Tanzania, with the completely different aim of understanding the habitat needs of one of the world’s rarest primates – the kipunji monkey, his attention was drawn by a curious tree that he just could not identify.

This prompted the researcher to collect some material and soon afterwards, while idly rummaging through dried specimens at the National Museums of Kenya, it turned out that, to his surprise, this was an entirely new species from the genus Polyceratocarpus.

“The tree grows as large as an oak tree, so I was amazed to find that scientists had not named it before,” explains Dr. Marshall. “If there are still species as large as a tree that remain unnoticed, imagine the treasure trove of smaller ones that are still awaiting discovery!”

For Dr. Marshal, it is particularly important to conserve tropical forests like those in Tanzania that yielded his unlikely discovery. They provide many benefits both locally and globally, and hold many endemic species that cannot be found anywhere else in the world.

This is how the idea behind School 4 Forests came about. Supported by the CIRCLE (Collaboration for Integrated Research, Conservation and Learning), a partnership between the University of York and the UK’s most visited zoo, Flamingo Land, the initiative calls for school and colleges around the world to take part in a fundraising competition to help tropical forests, while at the same time offers them resources to teach students about their importance.

The initiative is a double win for biodiversity, safeguarding not only financial support for tropical forests, but also investing in a green next generation. And the first prize is sweet – the school which rises the most gets to choose a name for the new Tanzanian tree species, which will be later on formally described in the open access journal Phytokeys.

Apart from the top prize, School 4 Forests has a lot more to give to its helpers:

The rules are simple. Every school and college around the world can join the fundraising competition Schools 4 Forests by simply holding a small fundraiser. After free registration on the the Just Giving site, all participating schools and colleges will be provided with a fundraising pack including simple ideas for raising money and a number of forest-related teaching resources.

More information on the competition rules and how to take part are available here.