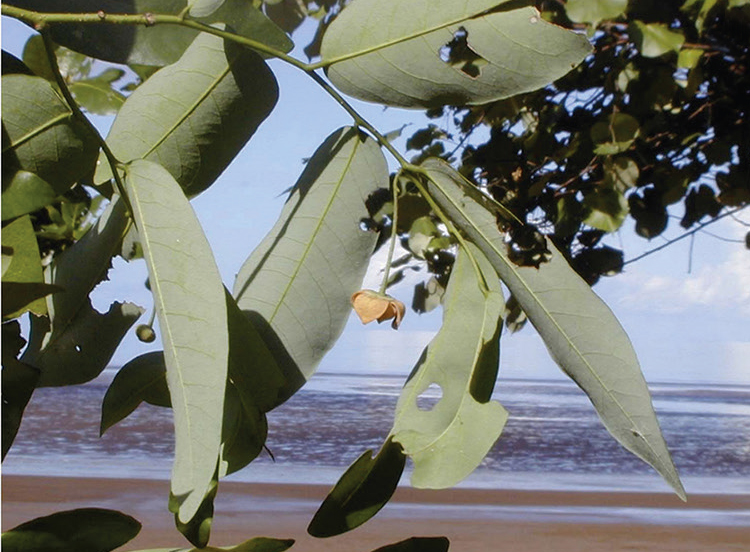 Combining modern molecular methods, with more traditional morphological ones, a recent revision of the custard apple genus Monanthotaxis has revealed a nonet of new species.

Lying unnoticed on shelves, some of these species had to wait for many decades to be discovered with methods, unavailable at the time of their collection. Some collected 40 years ago, some as far back as a 100, the nine new species are described in the open access journal Phytokeys to showcase the importance of herbarium collections in Botany.

“Although for many of the new species good flowering material became available only recently, this does prove the importance of herbaria, and the need for exploring their collections,” explains the lead author, PhD student Paul H. Hoekstra, Naturalis Biodiversity Center and Wageningen University. “On the other hand, using DNA techniques we were able to link recently collected sterile collections to several of these poorly collected species, enabling us to improve their conservation assessment.”

Confined to tropical Africa and Madagascar, species from this genus all share similar features such as a typical climbing habit and bluish-green or glaucous leaves.

Two of the newly described species come from West Africa, four from western Central Africa, and for the remaining three Tanzania, Southern Mozambique and the Comoros host one each. This distribution comes in confirmation of a general pattern in recent revisions of both the custard apple family Annonaceae and other tropical African forest taxa, where most new species are found in western central Africa and Tanzania.

Giving important information about areas of potential botanical and ecological interest, this trend is supported by the high level of conservation concern among the newly described species. With five species classified as critically endangered, two as endangered, one as vulnerable the need of further collecting and studying those species and exploration of the relevant areas is warranted.

“Exploring those areas for new species is rather important if we want to have a real idea of their truly amazing botanical diversity,” explains Hoekstra. “Madagascar, for example, is also an area with many undescribed species, a fact also true for our group of interest,Monanthotaxis, and we anticipate for at least another seven new species to be described from this area.”