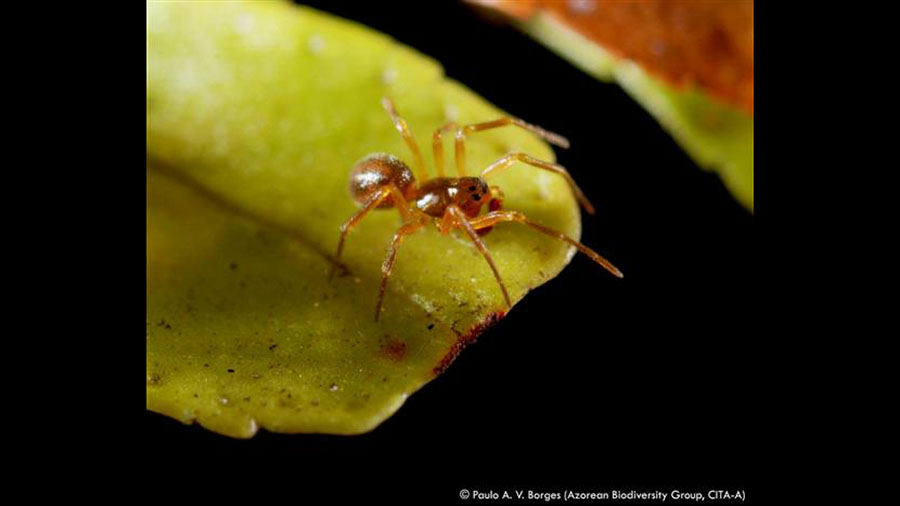 In 1999, a long-term biodiversity project started at the Azores Islands (Portugal, Atlantic Ocean), the Biodiversity of Arthropods from the Laurisilva of the Azores (BALA) project (1999-2004). Its aim was to obtain detailed distributional and abundance data for a large fraction of arthropod fauna, living in all remaining native forests at seven of the Azores Islands.

After the first successful sampling of 100 sites at 18 native forest fragments over those five years, a second survey was accomplished in 2010-2011, where two sites per fragment were re-sampled. Now, Dr Paulo A.V. Borges and colleagues publish the complete list of the 286 species identified, including many species described as new to science in the open access journal Biodiversity Data Journal. They have also added detailed information on their distribution and abundance.

The resulting database has inspired the publication of many studies in the last ten years, including macroecological studies evaluating the abundance, spatial variance and occupancy of arthropods, the effects of disturbance and biotic integrity of the native forests on arthropod assemblages and the performance of species richness estimators.

Moreover, these data allowed the ranking of conservation priorities for the fauna of the Azores, and allowed the estimation of extinction debt (the species likely to be wiped out because of past events) in the Azores. The present study has also inspired the development of the Azorean Biodiversity Portal and the Azores Island Lab.

The study stresses the need to expand the approaches applied in these projects to other habitats in the Azores, and, more importantly, to other less thoroughly surveyed taxonomic groups (e.g. Diptera and Hymenoptera).

“These steps are fundamental for getting a more accurate assessment of the biodiversity in the Azores archipelago, and we hope that can inspire similar biodiversity surveys at other islands,” say the authors.