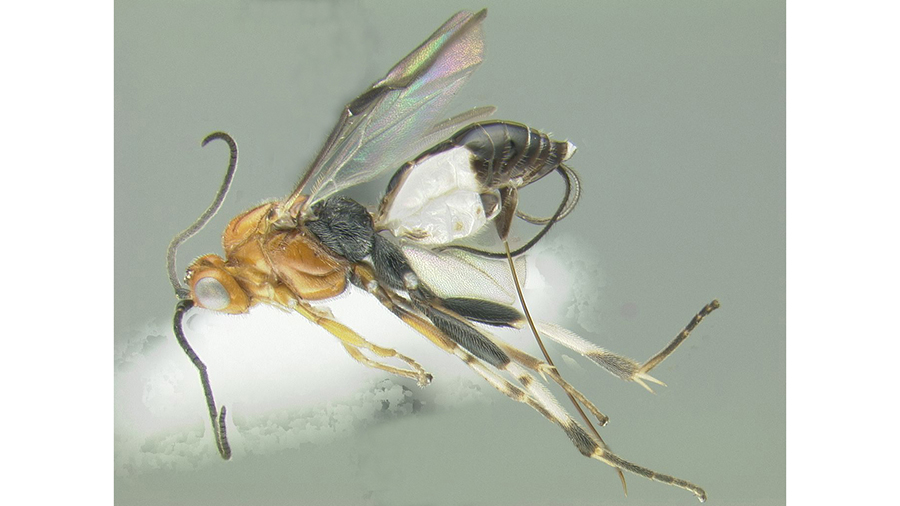 The highly divergent parasitic wasps have long been causing headaches to scientists. At one point, taxonomists began using some genera as “dumping grounds for unplaced members”, simply to organise the species.

Two entomologists from the University of Kentucky, USA – Drs. Michael J. Sharkey and Eric Chapman, have recently addressed one such issue by describing ten new genera and many more new species and combinations. The resulting paper is published in the open access journal ZooKeys.

Interestingly, among the newly described species there are two wasps named after two excellent entomology students: Leuroagathis paulbakeri and Scabagathis emilynadeauae. Both Mr. Paul Baker and Ms. Emily Nadeau scored 100% during an Entomology class in 2015. Paul passed the written exam with flying colours, while Emily did best on the weekly quizzes.

One of the new genera (Chimaeragathis) is named after the Greek mythological monster Chimera. Known as the sibling of the infamous Cerberus and Hydra, the Hellenes would describe Chimera as a horrid hybrid comprising several animals – usually a lion, a goat, and a serpent. The scientists have picked this name as a reference to the multiple diagnostic characters of the genus. In turn, each of those characters consists of a set of features used to diagnose related genera.

To breed, the females of these wasps lay eggs inside the early stages of caterpillars of various moths. At first, the larva develops quietly as if unnoticed by the host. By the time the caterpillar is ready to spin a cocoon, the parasitoid ‘awakes’ and consumes the host from the inside.

The aim of the present study is to revise the representatives of a tribe of braconid parasitoid wasps inhabiting Southeast Asia with a focus on Thailand. While having described a lot of new taxa, the scientists have saved another batch of new species for a separate future paper.